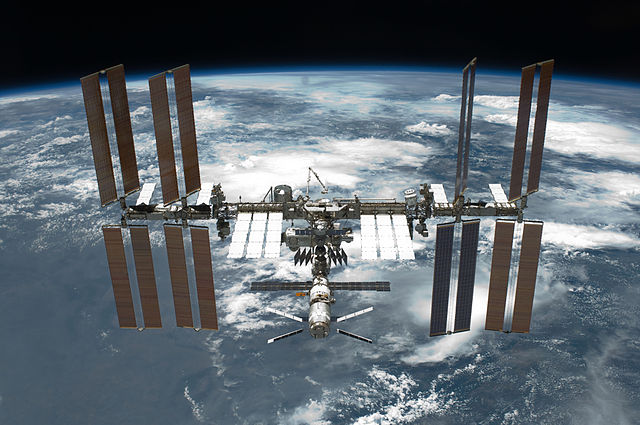 A cylindrical craft has been observed orbiting the International Space Station on 16 December 2012.   The UFO is consistent with the configuration of an alleged regressive alien craft.
Source, Mr Waring said..

Mr. Waring remains suprised at NASA’s lack of comments on sightings of alien-like craft and entities that are captured on NASA’s own video feed.

“You would think that with all the reported UFOs seen on the International Space Station live cam that NASA would at least talk about it once…but they can’t because they know its real.”

“This is why we distrust NASA…their blury satellite photos, their scientists who claim to find cities on the dark side of the moon then the next day NASA silences them, CNN broadcasts metallic orbs following the Shuttle Atlantis in orbit causing its delay and shows us raw footage of several UFOs, yet NASA is still silent.”