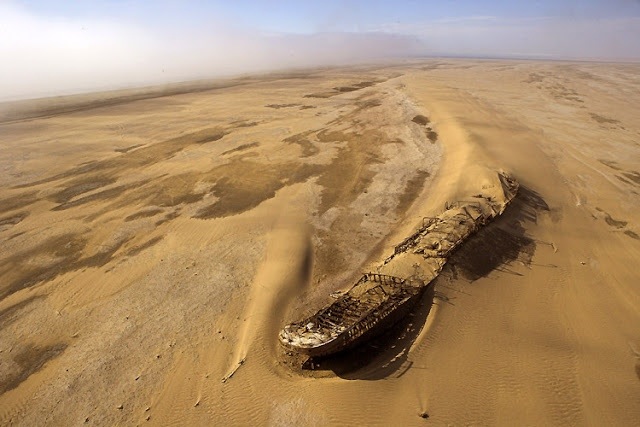 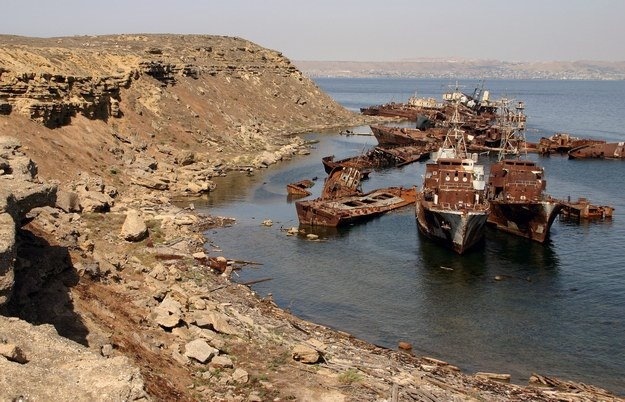 Nargin (Boyuk Zirya, Azeri: Nargin (Böyük Zir?)) is the largest island within the Baku Bay. It is uninhabited, the lighthouse was erected in 1814. The island is covered with remains of buildings, more than 20 ships rust on its north coast. 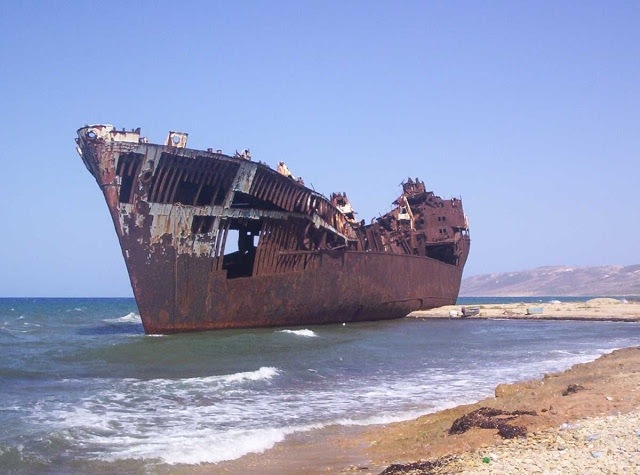 On the north coast of Tunisia, not far from the cities of Bizerte (Banzart) and Menzel Djemil, you can see this rusted giant. What happened to her ? on January 21st 1983 the Ydra, a greek ship went aground after a fire in engine room. Probably too damaged to be repaired she never left Tunisia. 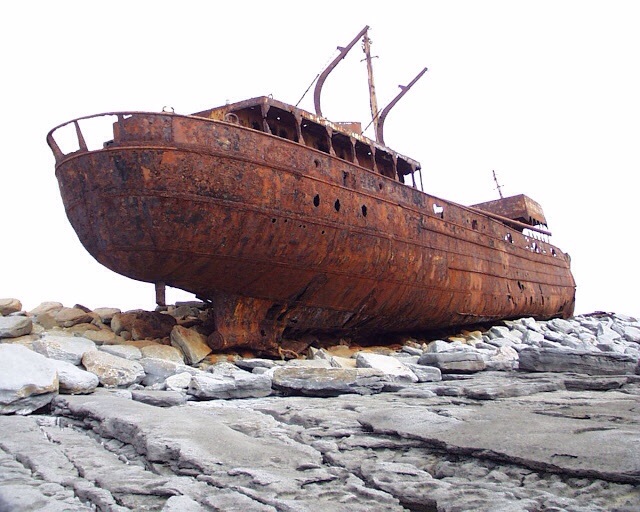 The cargo vessel Plassey was shipwrecked off Inis Oírr in the 1960s, and has since been thrown above high tide mark at Carraig na Finise on the island by strong Atlantic waves. The islanders rescued the entire crew from the stricken vessel using a breeches buoy- 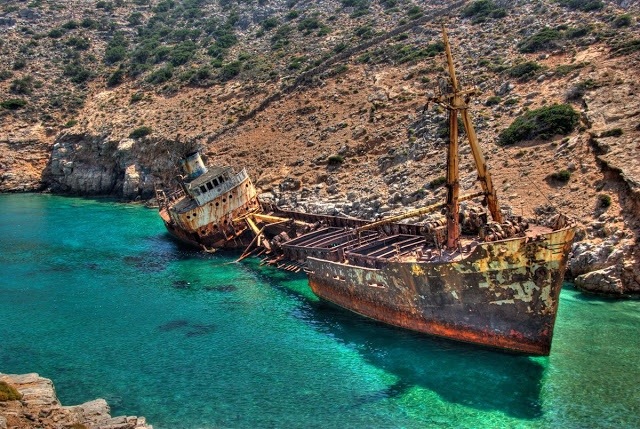 The wreck of the Olympia (which ironically was previously called ‘Inland’) and was apparently crashed here by pirates. It is The shipwreck seen in the movie “Le Grand Bleu”/ “The Big Blue”. 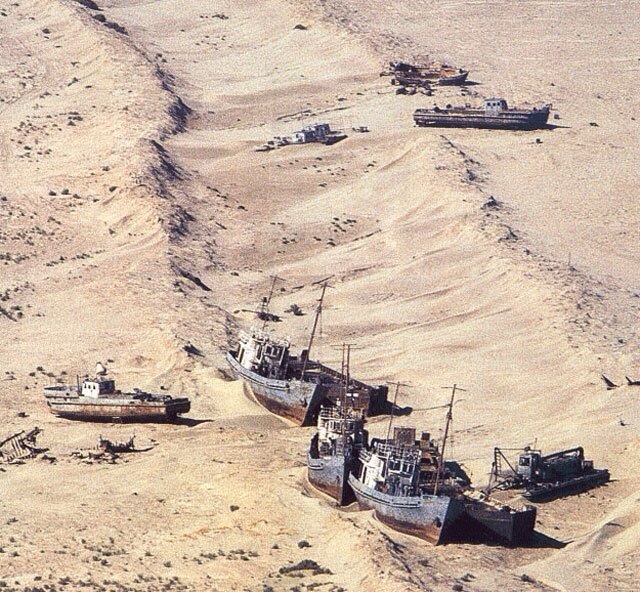 The ships in the desert, in Muynak. Muynak is a city in northern Karakalpakstan in western Uzbekistan. 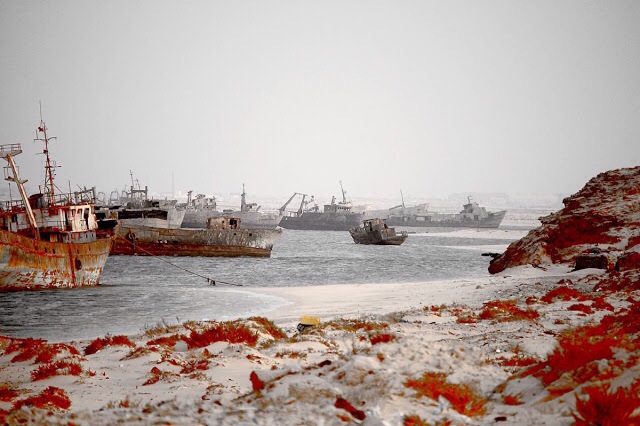 The city of Nouadhibou (Arabic: ????????) is the second largest city in Mauritania and serves as the country’s commercial center.It is famous for being the location of one of the largest ship graveyard in the world. Hundreds of rusting ships can be seen all around, in the water, and on beaches. 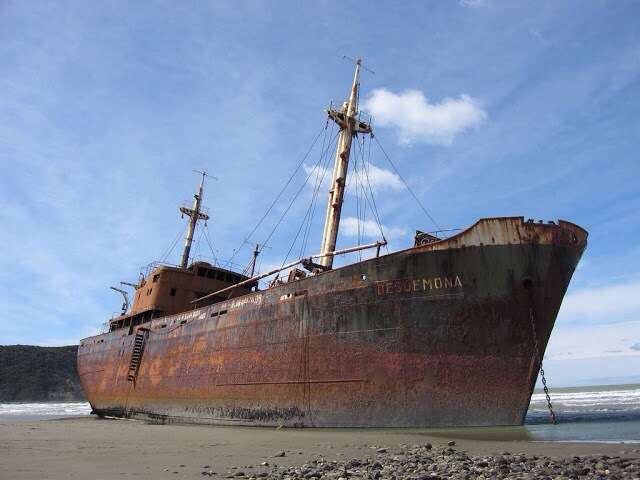 The shipwreck of the Desdemona occurred in 1986 in Cabo San Pablo, Tierra del Fuego, Argentina. The wreck looks very haunted.

The Eduard Bohlen was a ship that ran aground off the coast of Namibia’s Skeleton Coast on September 5, 1909, in a thick fog. Currently the wreck lies in the sand a distance from the shoreline.