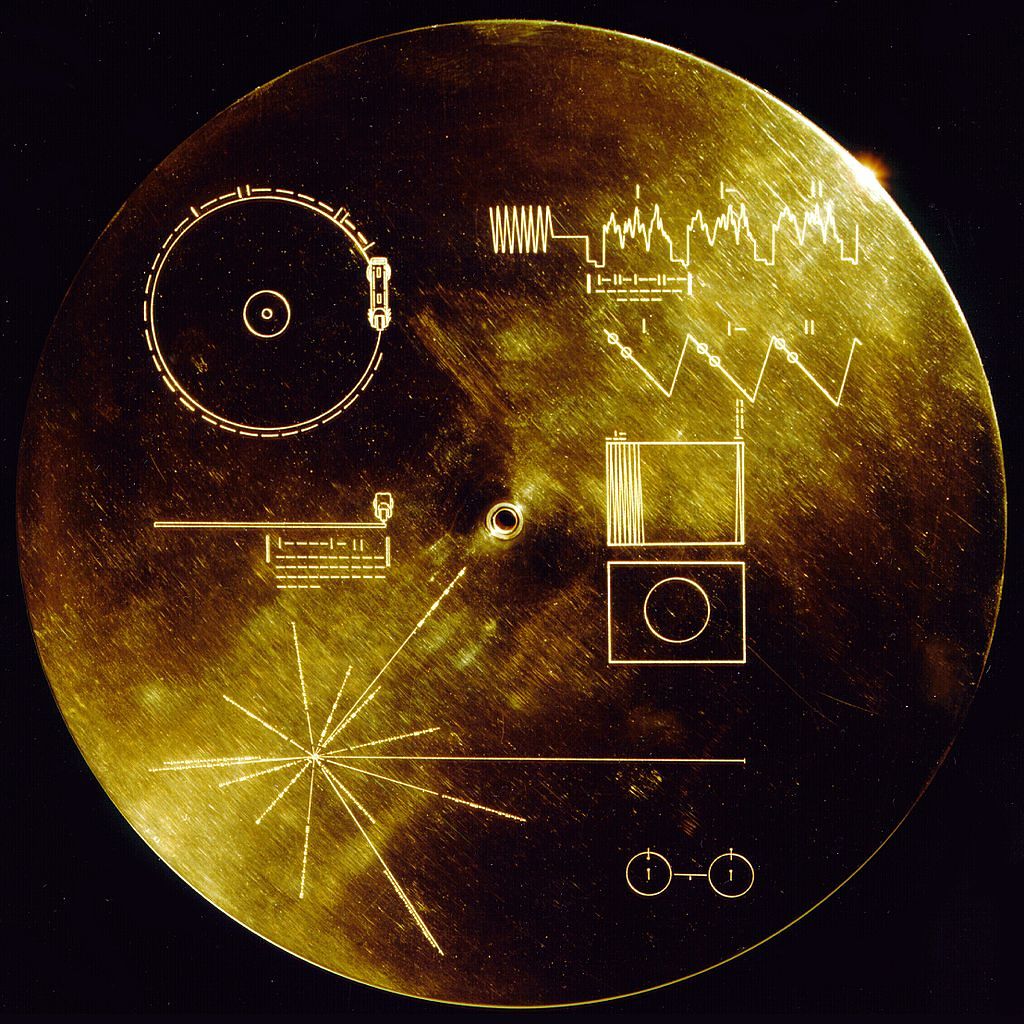 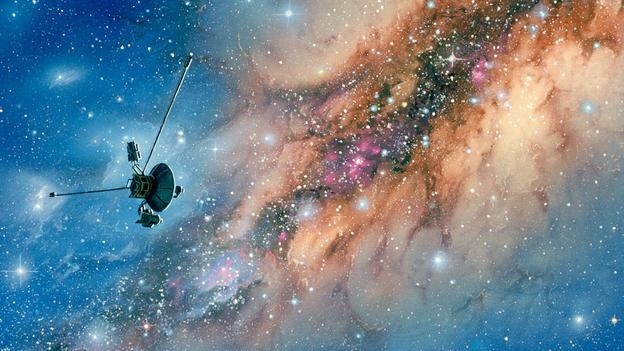 NASA. Voyager 1 has become the first manmade object to leave our solar system.

Thankfully there are no small children aboard Voyager 1 because for more than a year scientists have been squabbling over whether the spacecraft has now left our solar system. In recent days evidence has grown that departure is imminent. But some believe there’s still a way to go. You might think that whether it has or not isn’t too important, or that Nasa could work it out just by knowing the probe’s speed and how long it’s been travelling. But it is important. And they can’t work it out.

If Voyager 1 does make it beyond the sun’s influence and out into interplanetary space, it will be not just the first spacecraft but the first artefact of our species to do so: a potential major step on the path to humankind becoming more than a local phenomenon. That was part of Voyager’s mission from the start. As well as sending back data it was designed to send out a message, to act as a cosmic calling card.

When Voyagers 1 and 2 were launched in 1977, even though every gram of payload had to be justified, there was room on board each for a gold record remarkably like the ones given to singers and bands who’ve had a big selling album. Both even have a label in the centre which reads “The Sounds of Earth”. Although “Now That’s What I Call Humans” might have been a better title as the LP – that’s what it is, not a CD or DVD but a good old long player – features not just sounds but also pictures designed to give any aliens that chanced upon it a flavour of life here.

The contents were chosen by a committee chaired by the astronomer and science presenter Carl Sagan. Alongside the only-to-be-expected bursts of bird- and whale-song, the greetings in scores of living and dead languages, and snippets of Beethoven and Bach, there are other less predictable inclusions. A pygmy girls’ initiation rite, Chuck Berry singing Johnny B Goode (but no other rock or pop), and an hour – a whole hour – of the brainwaves of Anne Druyan, later Mrs Carl Sagan.

Sagan said at the time “the spacecraft will be encountered and the record played only if there are advanced space-faring civilisations in interstellar space”. All of which glosses over that locating a small probe amid the sheer vastness of interstellar space would be akin to trying to find a needle by searching every haystack on the planet. Such details, though, rather spoil the fun. It’s a richly resonant idea that sending something beyond our solar system is the way to get yourselves noticed by whoever, whatever may be out there. And it is always possible these aliens have some unimaginable-to-us technology which detects and intercepts anything unusual in interstellar space.

What if that happened? Suppose extra-terrestrials listened to the Golden Record and then set course for Earth hoping to meet Bach and Berry but only found Beyonce and Bruno Mars? Would that be sufficient cause for them to unleash global genocide, or at least sue us under the Planetary Description Act? Or if they are able to detect and intercept interstellar space oddities, perhaps they regularly pick up messages from primitive civilisations like ours. For them a Voyager probe could just be junk mail. 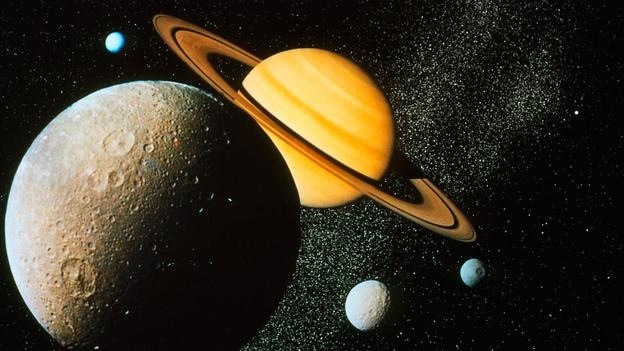 For most of the last decade Voyager 1 has been trekking across the heliosheath at around 61,000 km/h (38,000 miles per hour). But in a series of papers just published in Science, Ed Stone – professor of physics at Caltech and part of the Voyager team from the beginning – argues the data it’s sending back indicates the probe has now entered something unexpected which they have named the “heliosheath depletion region” and that it is, finally, on the brink of leaving the solar system behind. “It could be any day” says Professor Stone. Then adds: “but it could also be several more years”.