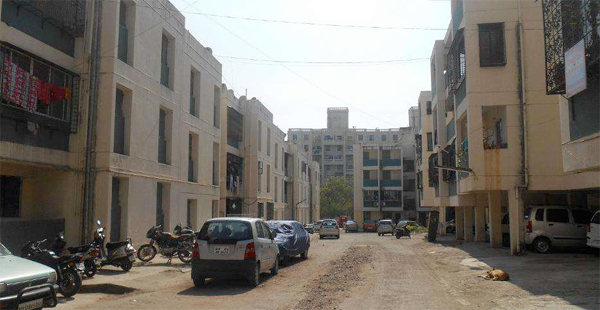 In Viman Nagar Gangapuram society, one can hardly imagine as haunted. It is really not so called haunted. Though in some incidents people get panicked various times. But the ghost is really polite. He seems very well manners and having right intentions.

Specially in occasion the paranormal presence was seen by some people. On occasion, this spirit appears. In a corner of the house, when someone saw a man standing wearing white lungi, if they approached him, the spirits vanish right away. No worry people have reason to be panicked. But the apparition of the middle aged man never created much trouble. Probably he comes to help others and to manage the occasion rightly. 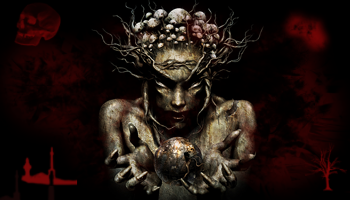 This 55 years old historic site is located on general Thimayya road in Pune. Since long it has been a center of cultural plays and movie screenings. Although it was never left vacant, people have often experienced paranormal activity in this mix theater. Due to unexplained noises in this empty theater at night hours, Victoria theater is considered one of the most scary places in Pune. During day time, this place feels entertaining and full of joy. But appearance of darkness stir up creepy vibes in air of this theater. Sleeping souls rise up and life of deads start here. As per the locals experience, at night you can hear noises like banging of seats and scary giggles. Sometimes the silence gets broken by terrific screams that could give one a hair rising experience.

Behind McDonald on Kurve road, there exist a hostel which counts as one of the top haunted places in Pune.  Choice hostel is generally considered the most expensive boys hostel in Pune, but this is a place where your imagination about paranormal would come true. What if I say one could definitely encounter a spirit here ? Don’t believe me ? Pack your bags and plan a visit to this creepy place but first have a look – With the sunset, here rises the vibe of depression and spookiness. This haunted hostel is possessed by the soul of a young woman. Many students who live in this hostel have faced the ghost of a lady in red sari. Residents often see her ghost wandering in the hostel corridors every Saturday in night hours. During dark hours on Saturday when most of the students plan night studies , noises like sobbing and her anklet tones keep them in terror. Due to her fear, every night in hostel, students feel strange and suffocated. Her attachment to choice hostel is so obvious that many a one’s have seen her face in bathroom mirror. Many students have left this hostel as they get extremely dreaded.If you believe the news, this woman is said to be first wife of owner of the choice hostel. She is supposed to be cheated and killed by hostel owner. Due to extreme pain on being cheated, her soul denied to enter the gates beyond death and awaits for the revenge. On being asked, management totally denies this fact and announce owner a bachelor till now.Eventually soul of this lady has not harmed anyone yet but no one likes to share the roof with a ghost after all.

Gangapuram housing society is located in virman nagar in Pune. This is a large housing society and there stands hundreds of buildings tagged under this housing. If you visit this place, you would find no clue of this place as a haunted one. The story of this place being in the list of haunted places in Pune is kinda weird.According to people who live in this society, this housing is haunted by an average aged man. Normally one finds no trace of her ghost or any kind of disturbance due to him. But during several occasions within housing campus at night,you can find ghost of this man dressed in white lungi and shirt in one of the corner. On being approached, he gets disappeared all of a sudden. However ghost of this man has not harmed anyone and said to inspect the occasion management.

While moving towards residency club you would easily notice a ramshackle building. This worn building is basically a bungalow near the residency club which is said to be haunted by dark spirit of an old lady. This bungalow looks creepy and atmosphere around this place is eerie enough to check in. Dark is a close lover of depression,death and negative powers. It is the time when countless spirits prepare to rise and haunt places they love. This haunted bungalow screams of being possessed. At late night there occurs loud evil laughter and screams. Ghost of that old lady is said to sit on top of this abandoned bungalow and keep an eye on trespassers. Due to being possessed by black spirit of that old lady, this place is noted as one of the most haunted places in Pune.

Educational system is programmed for better education and acquiring knowledge. Here we learn to struggle, face failure and climb on to ladder of success. We are talking about sinhagad college- one of the most haunted places in Pune. This engineering college is situated in sinhgad region of Pune city. At night, ghost of one of the engineering students is seen to be wandering around premises of this institution. This ghost was once a living learner who got so disappointed with his failure in exam that he committed suicide in this college. As his soul remained unsatisfied, he keeps roaming around this place where he died. Due to fear, students often avoid to walk alone around the campus once it turns dark.

Pune camp,also known as Pune Cantontment is a military cantontment located in Maharastra in India. The cant houses many military establishments as well as some vacant worn houses and clubs. Generally this camp is known for its shopping locations and Indian army headquarters but there is one more reason to be added. You guessed it right, Pune camp is one of few real haunted places of Pune. While you plan a visit to this cant, you would surely like to stop by and take a look on this frightful place. It is an old, run down property which stands opposite a well known recreation club in camp. Urban legends have this place too creepy that it fills one with disappointment and fright. The camp is so eerie that the atmosphere immediately gets dense once you are inside the property. Look what our paranormal experts have to say : Once we had a visit to this place, negative vibes made us sure that this place is possessed. We heard some noises but could not find the source. Later we inquired history of this place and found out that this place is haunted by spirits of soldiers of Indian Armed forces who died in the war previously.

In this article, you have read about places which are haunted by ghost of living ones but you will be amazed to know that this place is haunted by spirit of an animal. SB road which stands for senapati bapat road has made its mark on list of most haunted places of Pune, starts at B.M.C.C. and terminates off Pune university circle. This road is haunted by the spirit of a cow who was brutally hurt by a  moving vehicle and left at that place to die. Due to unbearable pain, she died as time passed. People have reported to see the cow covered with blood on several occasions. This poignant scenario would fill your eyes with tears.

Of the many historical tourist destinations is the renowned fort of Sinhagad Since decades, many people have been experiencing some distinguished events during their journey to & fro this fort. People who stayed up the fort have reported hearing faint sounds of war cries (most probably dating back to the Maratha Empire) during the wee hours of the night. Though such an activity has been very rare and reporters haven’t been sure of the origins – the villagers (residing near the base of the hill) have lots of such stuff to tell. There exists very tragic yet mystifying tale dating back to the last decade. A bus carrying about 60 little children (about 6-10 years in age) and a few teachers met a horrifying accident at a rather sharp blind turn.Not one of them survived. Our sources tells us that many people have reported a weird phenomenon at the same location. Read in detail – What curses sinhgad fort after that accident.

Located besides Mathura Nagar in Pune, this place is haunted by ghost of a baby girl. Frequent wandering of this unsatisfied soul keeps whole locality in terror. There is a story of how this girl turned into a ghost. Around 10 years ago this girl died here during construction of a house. Right after the clock turns 12, in midnight there appears this girl. People have seen her ghost in white frock who comes and screams running around this place. If you would be lucky enough to encounter her spirit, you would see a small doll in her hands and smiles when somebody looks at her.

On MG Road there is a haunted house situated right next to the Garden Beer Bar and opposite to the water office. Long ago, the house owner has unoccupied this spooky house due to continuous paranormal activities. There are several stories attached to this house which include killing of a young girl inside this house. Nights in this house are full of terror. One can hear loud screams, cry and suddenly it turns out in giggles. Noises of doors and windows being knocked in this empty house thrills the trespassers. Due to eeriness of this house, this place is one of the most haunted places in Pune.

It is a 18th century fort in the city of Pune in Maharastra. The fort itself was destroyed in 1828 by an enormous fire but the surviving structures are now maintained as a tourist site. This place is mysterious and haunted by spirit of its young prince. If you love ghost watching, pack your bags and visit to this place on a full moon night. This makes this fort the most haunted place in Pune.

Usually this place is creepy due to existence of dark spirits who died during fire that destroyed the fort. It is said that full moon nights of this place is haunted by the ghost of a prince. According to urban legends this prince was brutally killed when he was 13 years old by one of his relative. Locals often hear “kaka mala vachva” meaning “uncle save me” – last words of prince in air of this terrible fort. His ghost can be heard shrieking in the midnight. Must Read : The very haunted Places In Bangalore where one gets possessed by spirits