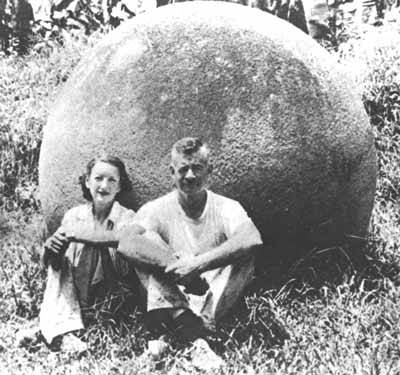 Workmen hacking and burning their way through the dense jungle of Costa Rica to clear an area for banana plantations in the 1930s stumbled upon some incredible objects: dozens of stone balls, many of which were perfectly spherical. They varied in size from as small as a tennis ball to an astonishing 8 feet in diameter and weighing 16 tons! Although the great stone balls are clearly man-made, it is unknown who made them, for what purpose and, most puzzling, how they achieved such spherical precision.

Recent tests have still failed to provide evidence on how the giant balls were made, and most puzzeling of all, the source of the stone is still unexplained.  The best theory so far is that each ball represents a planet from a distant solar system,  a map from aliens??