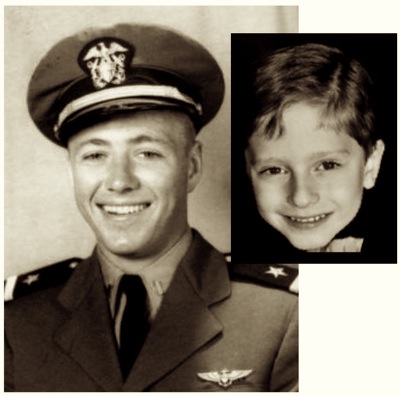 At a very young age, James Leininger started to remember his life as a navy fighter pilot. Airplanes were the only toys he would play with, and after a time his plane obsession turned into a nightmare.

Flicking through a book the two-year-old pointed at a picture of Iwo Jima in the Pacific and said that was where his plane was shot down.

Mr Leininger found out that just one pilot died during the battle of Iwo Jima, James M Huston Jnr, 21. He was shot down on March 3, 1945, while on his 50th mission, his last before he was due to go home.

A few weeks later his son James said he was Huston!

James lost a lot of sleep and kept talking about flying planes, about the weapons, and the scary accident he had had – also he was able to check a plane over as a pilot would during a pre-flight check when he was just three years old.

The child was also able to tell his father that he used to take off from a boat called the Natoma and knew the name of a co-pilot, Jack Larson. The Natoma was indeed a Pacific ship and Larson was still alive.

Also – what is especially strange, is James had started to sign his drawings “James 3.”

James’ family finally contacted Huston’s sister, and she sent James a bust and a model airplane that had been returned to her by the navy after her brother’s death.

On meeting James, Hustons sister quizzed him on events only her dead brother would have known – the young James was able recount almost all of them !