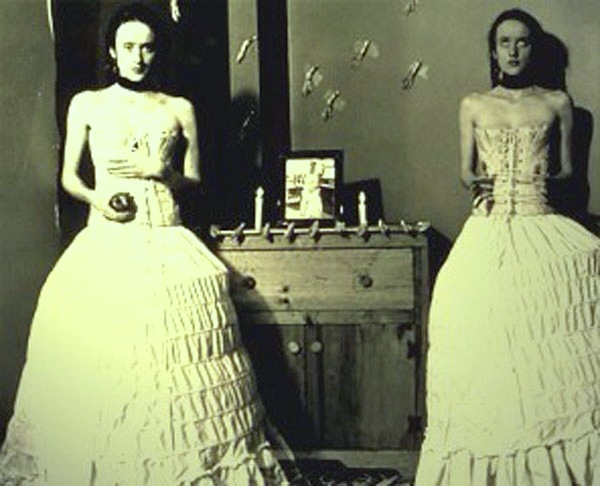 Emilie Sagee never saw her doppelganger. Everyone else did, though.

Sagee worked in an exclusive girls’ school. She was a very good teacher, but for some reason she kept moving from one job to another. In 16 years, she had changed positions an impressive 19 times. In 1845, the school found out why. Sagee was allegedly the center of some very strange doppelganger activity. Her spectral twin was first seen during a class, as 13 students witnessed the doppelganger standing by Sagee’s side and mirroring her movements.

Next, it stood behind her as she ate, pantomiming her movements. Sagee herself was completely oblivious to the apparition, despite the fact that everyone else could see it clearly. However, she did become strangely groggy and powerless during the times the doppelganger manifested, and the wraith was often seen doing things Sagee later said she had been thinking about at the moment, suggesting that she may have had some subliminal control over it.

Soon, the doppelganger ventured beyond Sagee’s immediate vicinity. At first, it appeared to a classroom full of students, sitting calmly in the teacher’s chair while Sagee herself was outside, working in the garden. The few people who dared to approach the doppelganger found they could pass through it, yet it had a texture that reminded them of thick fabric. Time went by and the apparition became a permanent fixture of the school’s life, freaking people out on a regular basis. The girls’ concerned parents started removing their children from the school.

Although Sagee was a model employee on all non-paranormal accounts, the headmistress had no option but to fire her and her ghostly double.