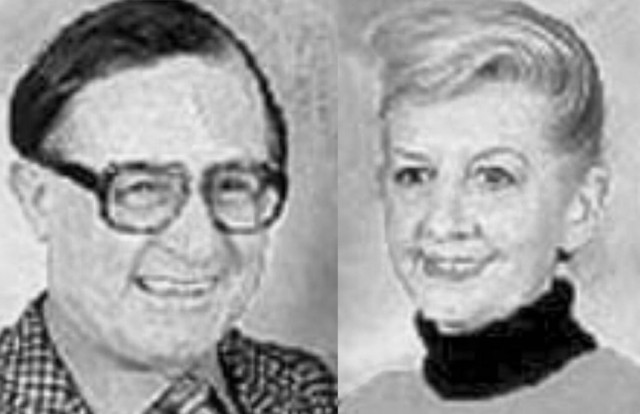 One of the most baffling missing persons cases in the history of Ireland occurred in 1991 when an elderly couple named Conor and Sheila Dwyer mysteriously vanished from the town of Fermoy. The last confirmed sighting of them was when they attended Mass at St. Patrick’s church on April 30.

The couple were last seen at mass on April 30th 1991 at St Patrick’s Church in Fermoy. 18 days later, when family members had been unable to contact them, Gardai entered their house. Nothing was out of place. All of their clothes were still there, as were their passports and £1000 in cash. The only things missing were the couple and their car.

Gardai searched everywhere, including any place the car could have entered the River Blackwater which runs through Fermoy, but found no sign of them. They even alerted Interpol in case the couple had gone to visit their son in England. Despite all the efforts to find them, Conor and Sheila Dwyer have never been found.

William (Billy) Fennessy, also disappeared from Fermoy almost exactly a year before the Dwyers disappeared. He was of similar age to the Dwyers and his car was also missing. Many wondered if there was a link between the two disappearances but sadly Fennessy’s body and car were recovered from the River Blackwater in 2012.

After not hearing from them for weeks, Sheila’s sister decided to visit the couple’s home on May 18. When nobody answered, she decided to notify the police. They arrived and broke down the door, but could find no sign of the Dwyers inside.The Dwyers’ Toyota Cressida was nowhere to be found, but their home was otherwise completely normal. There were no signs of struggle, robbery or forced entry.

The house was secure and all their personal items, including their clothing and glasses, were still there. The couples’ passports and over £1000 in cash were stashed in a tin. Curiously enough, investigators found out that Conor Dwyer had previously gone missing for a couple of years sometime in the 1980s.

He eventually returned, but never provided any explanation about where he had been. Unfortunately, history would not repeat itself and Conor didn’t return this time around. Authorities have not found any evidence to suggest what might have happened to the couple and 20 years later, this remains one of Ireland’s strangest unsolved mysteries.