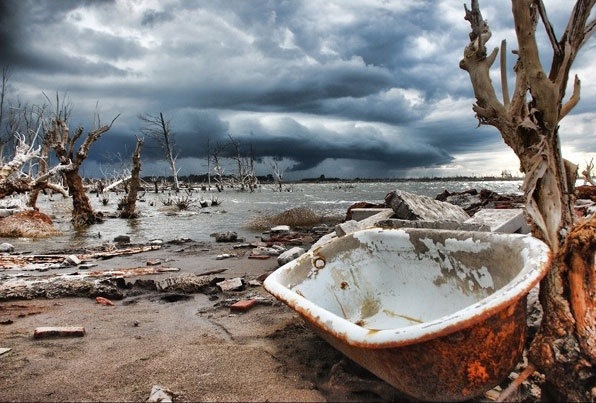 Rubble is all that remains of Villa Epecuén, a tourist town in Buenos Aires Province. The project did enjoy some success until a seiche (a standing wave) in the the salt-water lake of Lago Epecuén broke the dam and the dike protecting the town. Eventually the waters, reaching as high as 10 metres, destroyed the town and it was never rebuilt.

What can be seen now is like a set from a disaster movie, except this is real! 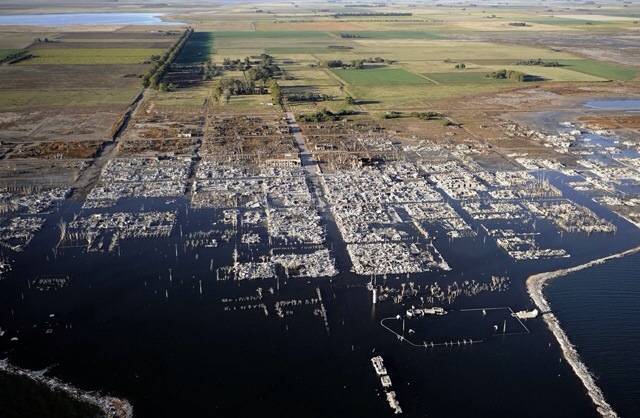 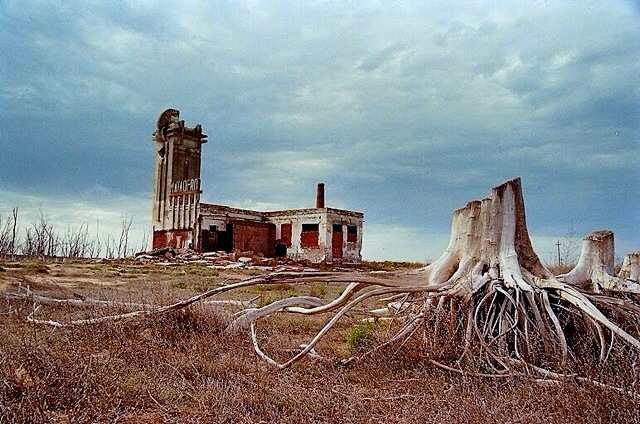 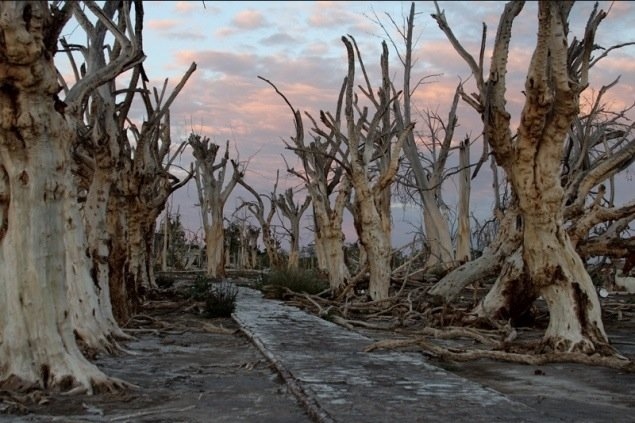