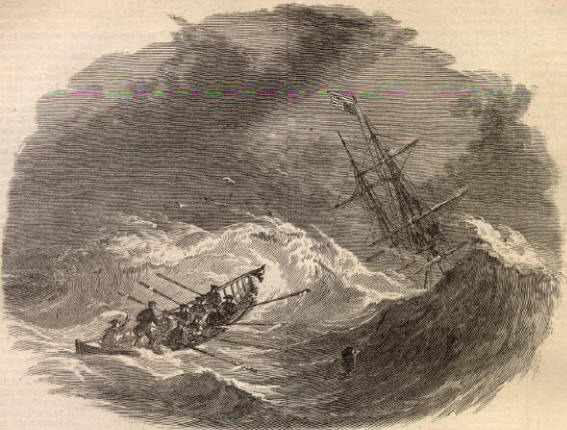 How unlucky are these guys ?

The true story of the mermaid Ship

The Mermaid ship was sailing for four days before it wrecked due to bad weather. An intense storm stroked the ship and it broke apart. The crew could do nothing but to swim to the closest land, where they were saved by the ship Swiftsure. But, their new ship wrecked after the lost battle against a strong current. Their lives were unsafe once again, but not for long. Only eight hours after the wreck, Governor Ready ship saved them once again. It had already 32 people on it and full cargo of timber, but saved the whole crews of The Mermaid and Swiftsure. Nevertheless, that wasn’t the end of their problems. Governor Ready was caught by fire, which spread easily thanks to timbers. The ship was abandoned; The Comet saved their lives hours later. That was the ship which finally got them back to Sydney. Bizarre but true, The Comet sank five days later. The crew was saved by the ship Jupiter, which, amazingly, wrecked 12 hours after. The ship The City of Leeds saved their lives, and finally the bad luck finished.