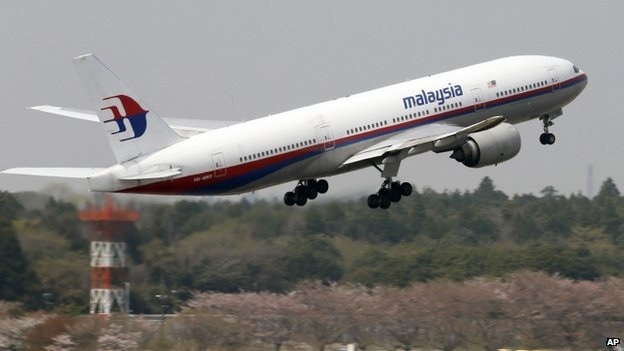 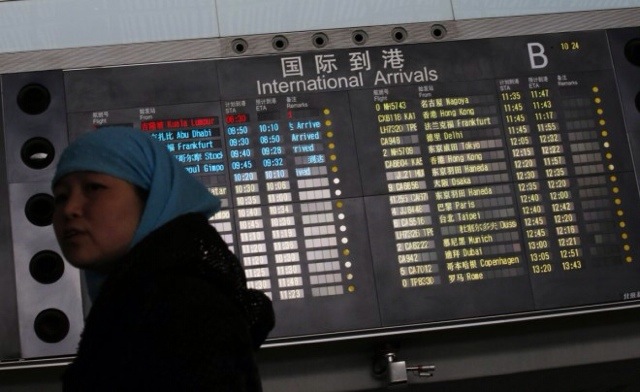 Mystery shrouds the fate of Malaysia Airlines flight MH370, which unexpectedly disappeared with 239 passengers and crew en route to Beijing from Kuala Lumpur

Air traffic controllers lost contact at 01:30, almost an hour after take off.

Military officials said that flight 370 was last detected by military radar at 2:40 a.m. local time on Saturday, near the island of Pulau Perak at the northern end of the Strait of Malacca. It was flying at an altitude of 29,500 feet….

At a time during the flight, but as yet undisclosed, a relative reportedly managed to call one of the passengers, who was carrying a Singapore phone.

Malaysia Airlines has repeatedly tried to call the same number but no ringtone has been heard.

It was flying over the South China Sea, south of Vietnam’s Ca Mau peninsula. The normal route would have taken it over Cambodia and Vietnam before entering Chinese airspace.

No distress signal or message was sent but it is believed the plane attempted to turn back from its scheduled path, perhaps towards Kuala Lumpur Airport.

Weather conditions on this flight are said to have been good and the experienced pilot had more than 18,000 flying hours behind him, and he had been employed by the airline since 1981.

Malaysia Airlines has a very good safety record and the jet, a Boeing 777-200ER, is said to be one of the safest because of its modern technology.

One of the plane’s wingtips was clipped in an incident while taxiing in 2012 but it was repaired and certified as safe. 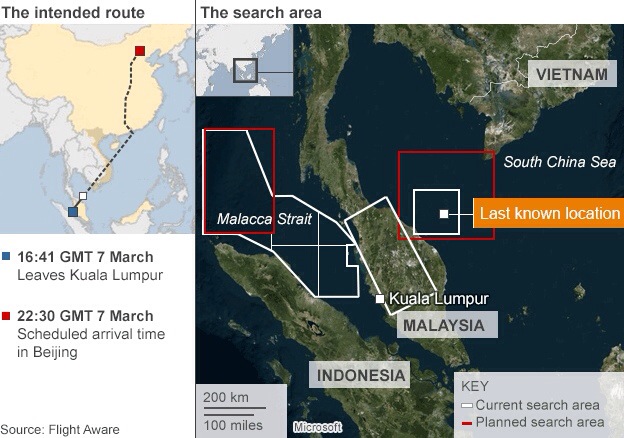 No wreckage has been found despite early indications that potential debris from an aircraft had been seen about 50 miles [80km] to the south-west of Tho Chu Island.

Both waters to the east of Malaysia, in the South China Sea, and in the Straits of Malacca, along Malaysia’s west coast, are being searched.

The search effort, involving at least 34 aircraft and 40 ships from several countries, was widened to a 185-kilometre radius from the point the plane vanished from radar screens between Malaysia and Vietnam after two days.

Malaysian maritime officials found oil slicks in the South China Sea, but lab tests found that samples of it were not from an aircraft.

On the 2nd day, Sunday, a Vietnamese plane spotted a rectangular object that was thought to be one of the plane’s doors, but ships could not locate it again.

On Monday, a Singaporean search plane spotted a yellow object 140 kilometres southwest of Tho Chu island, but it turned out to be sea trash.

The stolen passports and missing passengers

Two of the passengers were travelling on passports stolen in Thailand and had onward tickets to Amsterdam, Europe, but it’s not known whether the two men had anything to do with the plane’s disappearance.

Criminals and illegal migrants regularly travel on fake or stolen documents. It also appears the tickets for the two passengers had been purchased by an Iranian man known only as “Mr. Ali” in a Thailand travel agents, separately.

The stolen passports, one belonging to Christian Kozel of Austria and the other to Luigi Maraldi of Italy, were entered into Interpol’s database after they were taken in Thailand in 2012 and 2013, the police organization said.

Five passengers who checked in for Flight MH370 didn’t board the plane, and their luggage was removed from it, before take off. The five passengers have yet to be identified.

The plane, a Boeing 777-200 ER, was equipped with a transponder – an inbuilt tracker which automatically relays information about the flight (such as altitude) to ground radar stations. That stopped sending information.

No “ping” has been received from the so called, indestructible black box.

Crews also have discrete radio channels, and most aircraft have at least one other back-up communication system. Nothing was sent through any of these channels either to indicate a problem.

The plane was comfortably cruising at a height of about 35,000 feet through the night sky above the South China Sea, so there should have been enough time for the pilot, Zaharie Ahmad Shah, 53, or the co-pilot, Fariq Abdul Hamid, 27, to send a distress signal. But they did not.

An airplane can also glide for as long as 30 minutes in the event of total engine failure.

For all communication to suddenly stop, without a distress signal, would normally indicate some sort of sudden catastrophic failure which would not allow the crew time to send messages using the radio or through the transponder.

A catastrophic failure at that height would have left some wreckage, as of yet, none has been found.

Adding to the mystery, the US has reviewed imagery taken by American spy satellites for evidence of a mid-air explosion, but has not found anything to locate its whereabouts.

The mobile phones are still ringing?

The plot has thickened after it emerged, according to reports and TV footage – that passengers’ family members reported ringing victims’ mobile phones.

The phones rang, but nobody answered, according to a joint statement signed by 19 families.

In each case, the families said, the phone would ring but the call would be hung up or ring out.

The sister of one of the Chinese passengers rang his phone live on TV twice on Sunday morning and heard it ringing. She said she called again later that afternoon and heard it ring once more. 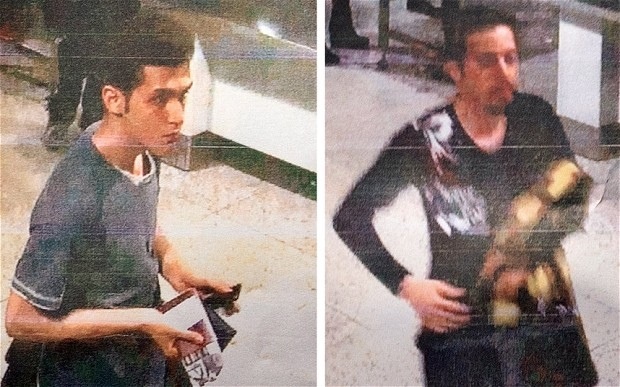 Malaysia Airlines flight MH370 was last heard from at 1.20am local time on Saturday morning, roughly 40 minutes after taking off from Kuala Lumpur on route to Beijing.

The skies were clear and the plane has 239 passengers on board.
Of those, 150 were Chinese – but in total 14 countries had citizens on board.
The plane sent no distress signal. And no wreckage has yet been found. 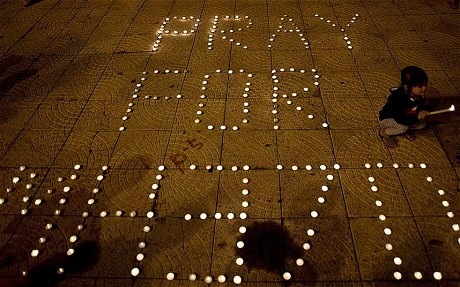