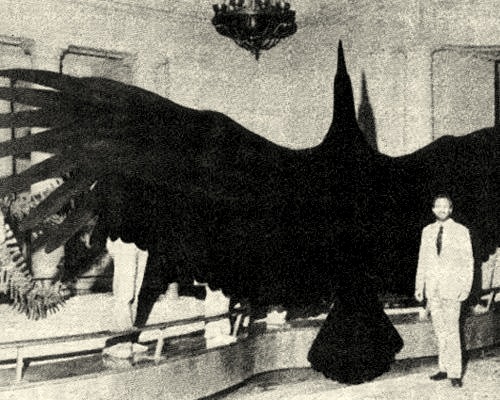 The largest bird to fly, Argentavis magnificens, was believed to have flown like a high-performance glider, according to experts. This bird was believed to have lived 6 million years ago in Argentina. It was close to the size of a Cessna 152 airplane. As NPR reports, this bird was rather like “a bald eagle with wings that stretch for 21 feet from tip to tip and feathers the size of Samurai swords.” It is believed to have soared on the winds like a glider and could reach speeds of up to 150 mph. Experts are still not sure how it achieved landing and takeoff.