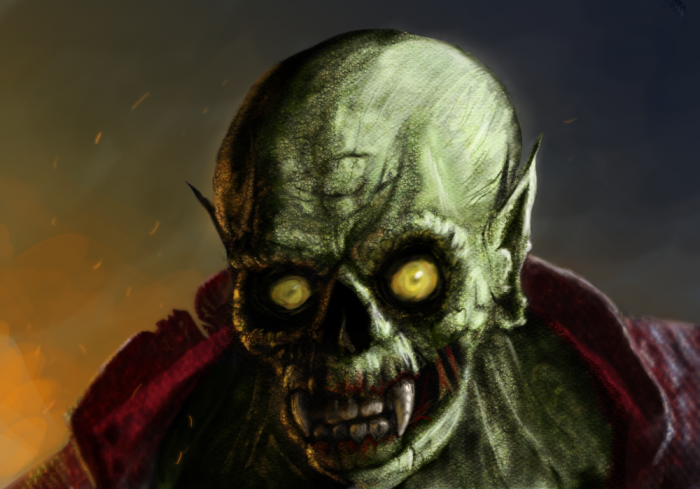 There are many different folklore’s among the people of Gambia, West Africa but none as terrifying as the Kikiyaon monster…

The Kikiyaon Takes to The Skies

This terrifying beast sort of resembles the African equivalent of the mythical Gargoyle. It was humanoid in shape but it also had the ability to take to the skies whenever it needed to!

It was not thought to be the tallest of creatures – most reports come in at around five feet in height. It had piercing red eyes that shone through the night and long sharp claws on it’s feet. It sported large dark wings beneath it’s arms and had razor sharp teeth.

Apparently this beast has the ability to turn man into a zombie at will by simply consuming his soul! You see the name Kikiyaon translates into English as soul eater or soul cannibal – a little worrying really isn’t it?

Many different Gambian tribes are petrified of this creature as they firmly believe it has the power to render any man soulless – basically turn him into a zombie!

The creature is said to have vampire like qualities in it’s bite – it’s how it delivers it’s fateful power. It is thought to creep into your bedroom at night and sink it’s teeth deep into your skin.

Once the teeth have broken the surface of your skin you are doomed to live out the rest of your days as the walking dead.

If being turned into the living dead wasn’t bad enough there is an added kick to this creature’s bite!

Once the Kikiyaon monster has sunk it’s teeth the victim will start to display signs of severe illness. It’s thought to be a lot like these zombie illnesses you see in the classic George A. Romeo films.

Many witnesses have claimed that the Kikiyaon monster can sometimes be spotted travelling at immense speeds across the Gambian plains.