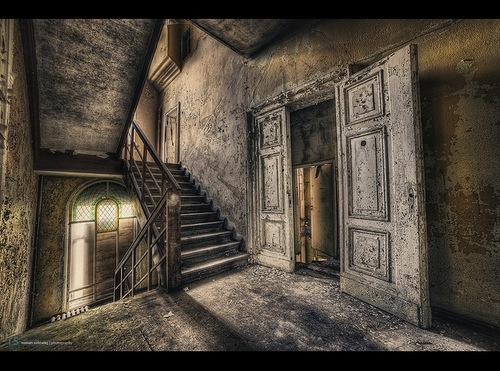 The Haunted Manor (Polish: Straszny dwór) is an opera in four acts composed by Polish composer Stanisław Moniuszko in 1861–1864. The libretto was written by Jan Chęciński. Despite being a romance and a comedy, it has strong Polish patriotic undertones, which made it both popular with the Polish public and unpopular – to the point of being banned – by the Russian authorities which controlled most of Poland during that era.

It is considered Moniuszko’s best opera, and also the greatest among all 19th-century Polish opera scores. However, it is mostly unknown outside Poland. 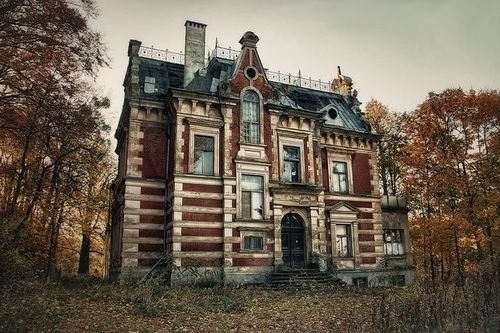 We all love abandoned spooky houses

In Gdansk, a charming city in Northern Poland, there is a hill. Local residents still refer to it as “Devil’s Hill” due to an old legend. The legend states that this little hill, surrounded by a deep forest and swamps, was a favorite place for witch gatherings. During these gatherings, it is said that some nasty demons were summoned. Legend also says that a very large stone located on the top of the hill was brought there by the devil.

In 1886, the mansion was a home to a restaurant and between 1925 and 1933 it was the headquarters to the Gdansk Freemason’s lodge. After World War 2, the mansion was used as a local television station’s headquarters. All occupants believed the building was haunted and was continuously disturbed by “unknown” forces.

Today the building remains derelict and no one claims ownership. Many of its floors are highly unstable and the south wing of the mansion didn’t survive last winter as two floors collapsed. The only reason the entire building is still standing is due to a solid external wall. 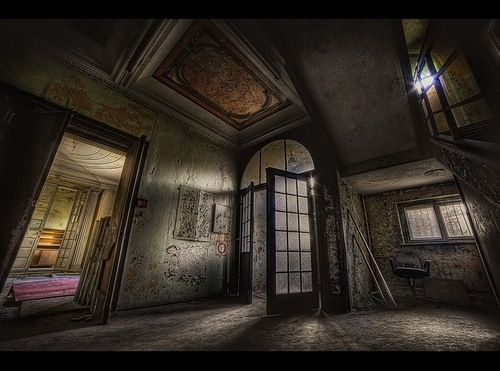