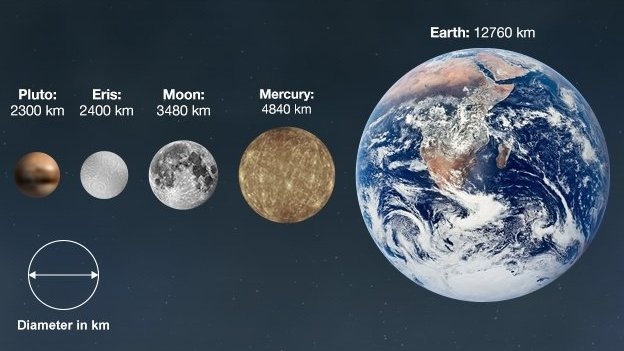 Pluto is six billion km from the Sun – that’s 40 times the Earth’s distance from the Sun. It took until 1930 for Pluto to be found and even then its discovery was almost an accident.

A Planet Definition Committee was formed and members of the IAU debated and discussed until an agreement was reached about what a planet should be defined as.

It was decided that it was not good enough for an object to simply orbit the Sun, have enough mass for its own gravity to shape it into a rigid, nearly round object, and have its own moons.

To be a planet an object also has to have sucked up all the other material around it. All other eight planets have swept their orbit around the Sun clean from other objects. Pluto however, lives in a belt of other similar-sized objects.

Therefore, Pluto is no longer deemed a planet !