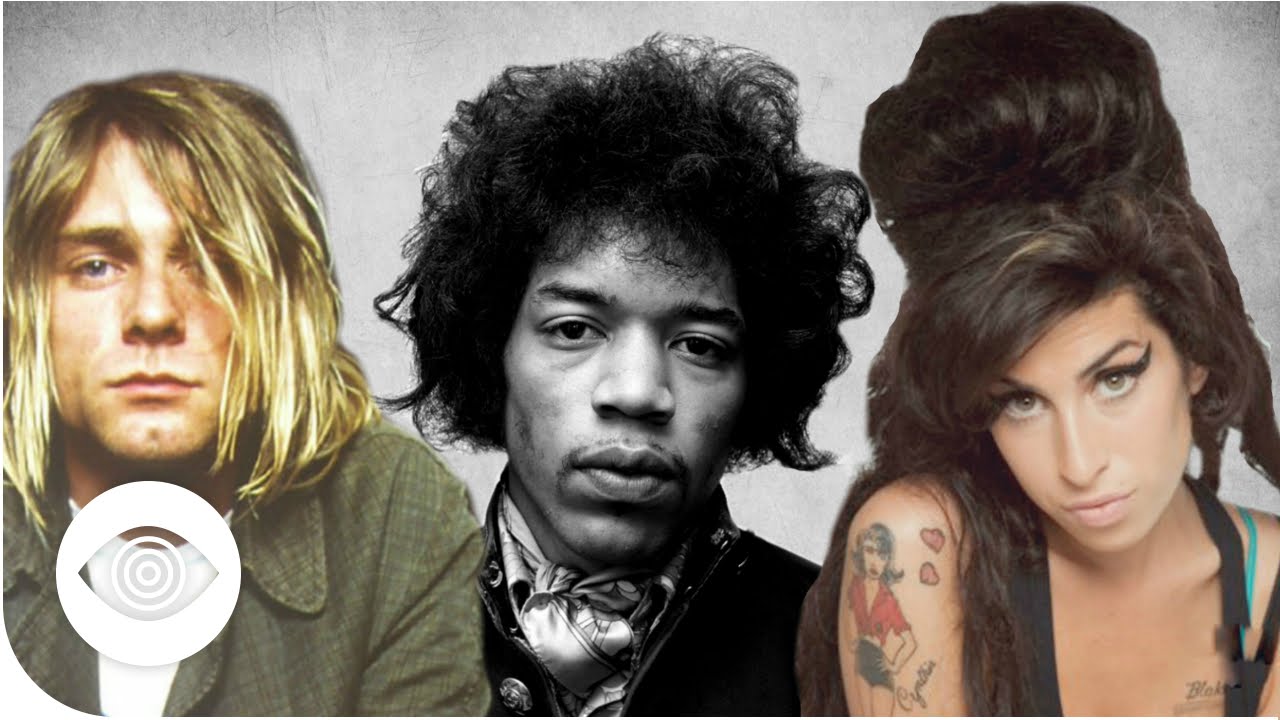 The 27 Club is a term that refers to a number of popular musicians who died at age 27, often as a result of drug and alcohol abuse, or violent means such as homicide or suicide. The number of musicians who have died at this age and the circumstances of many of those deaths have given rise to the idea that premature deaths at this age are unusually common.

The “club” has been repeatedly cited in music magazines, journals and the daily press. Several exhibitions have been devoted to the idea, as well as novels, films and stage plays. There have been many different theories and speculations about the causes of such early deaths and their possible connections. Cobain and Hendrix biographerCharles R. Cross writes “The number of musicians who died at 27 is truly remarkable by any standard. [Although] humans die regularly at all ages, there is a statistical spike for musicians who die at 27.”

However, a study published in the British Medical Journal in December 2011 concluded that there was no increase in the risk of death for musicians at the age of 27. Although the sampled musicians faced an increased risk of death in their 20s and 30s, this was not limited to the age of 27. Informal research using an automated query across Wikipedia data (via DBpedia) in 2012 effectively reached the same conclusion: “There may well be a 27 Club of accursed musicians, but the 74 Club is more popular.”

Brian Jones, Jimi Hendrix, Janis Joplin and Jim Morrison all died at the age of 27 between 1969 and 1971. At the time, the coincidence gave rise to some comment, but it was not until the death of Kurt Cobain, about two and a half decades later, that the idea of a “27 Club” began to catch on in public perception.

According to Hendrix and Cobain biographer Charles R. Cross, the growing importance of the media—Internet, television and magazines—and the response to an interview of Cobain’s mother were jointly responsible for such theories. An excerpt from a statement that Cobain’s mother, Wendy Fradenburg Cobain O’Connor, made in the Aberdeen, Washington newspaper The Daily World—”Now he’s gone and joined that stupid club. I told him not to join that stupid club.”—referred to Hendrix, Joplin, and Morrison dying at the same age, according to Cross. Other authors share his view. On the other hand, Josh Hunter and Eric Segalstad, writer of The 27s: The Greatest Myth of Rock & Roll, assumed that Cobain’s mother referred to the death of his two uncles and his great uncle, who all committed suicide. According to Cross, the events have led a “set of conspiracy theorists [to suggest] the absurd notion that Kurt Cobain intentionally timed his death so he could join the 27 Club”.

In 2011, seventeen years after Cobain’s death, Amy Winehouse died at the age of 27, and there was a large amount of media attention devoted to the club once again. Three years earlier, she had expressed a fear of dying at that age.