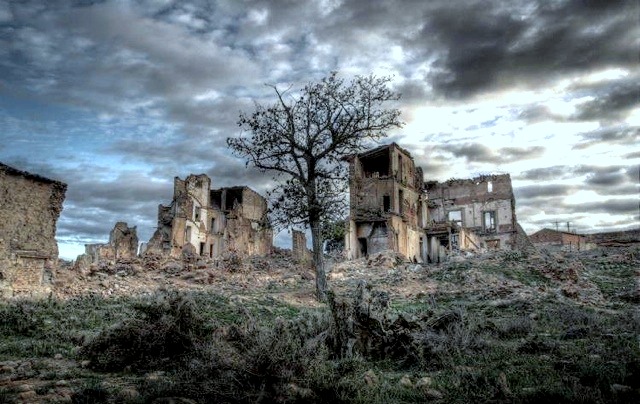 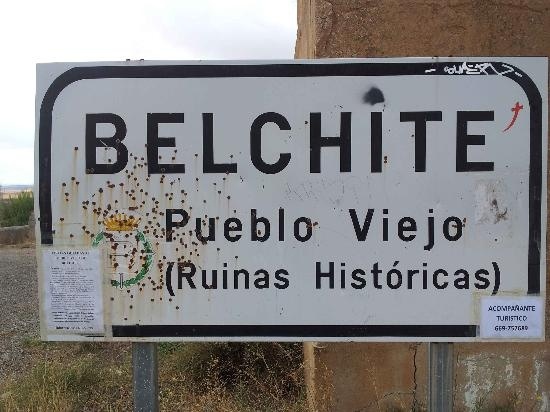 Belchite, in the province of Zaragoza, Aragon, is one of the most well-known ghost towns in Spain. Before the 1930s, Belchite was a growing city, with many services. As a consequence of the Battle of Belchite, during the Spanish Civil War, the city was totally destroyed.

Instead of a reconstruction, dictator Franco decided to keep the ruins of the old town of Belchite intact as a memorial of the battle. As of 1964, the town was totally deserted, the inhabitants having been removed to Belchite Nuevo, on the side of the old town. The ruins, which are not accommodated for tourism, are visited by more than 10,000 tourists annually. It is also a well-known meeting point for Francoist nostalgics, especially Falangists.

Claims of ghosts, roaming the ruins have been made recently 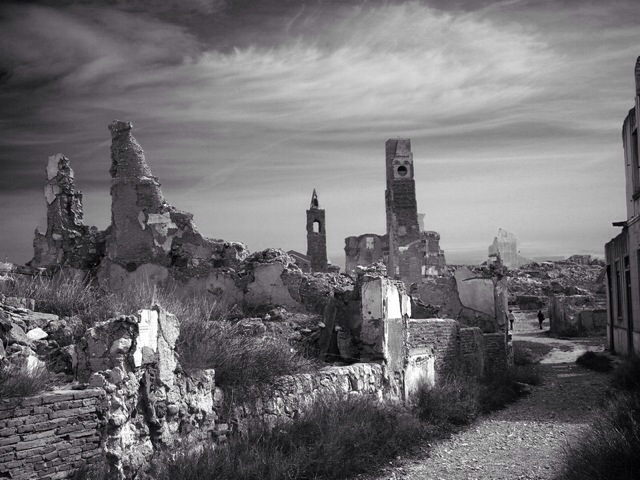 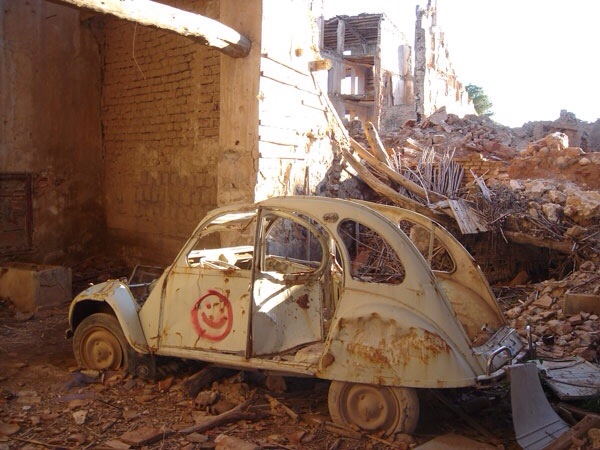