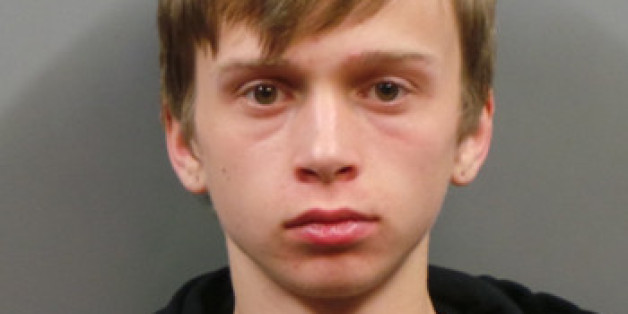 In 2014, a group of Missouri miscreants burgled a property in St. Charles County. Devin Gesell served as the crew’s lookout while two unnamed juveniles rummaged for high-value items. They snatched over $800 in cash, a $500 necklace, an $800 tablet, and several Xbox gaming consoles.

The narcotic-craving criminals also lifted prescription bottles of morphine and Oxycodone in addition to what they thought was a box of cocaine. However, the box did not contain cocaine—it was the ashes of the homeowner’s deceased father.The teens eventually realized that the purloined remains were not cocaine but only after one of the buffoons had tasted it. Lacking even an ounce of remorse or honor, the group tossed the ashes at the side of the road.

Devin’s dumb crew will be happy to hear that they do not have a monopoly on stupid. In 2011, a gang of five repeat offenders broke into a residence in Florida. The merry men were pleasantly surprised when the nice middle-class home they were robbing had a not-so-secret stash of cocaine. It was in fancy jars and everything.

Their celebration quickly evaporated when they realized that the powdery substance was ashes, and the fancy jars were urns. The ashes belonged to two Great Danes and the homeowner’s father. The thieves also snatched a flat-screen television, a DVD player, a laptop, and some jewelry.

Naturally, the burglars did not use mass spectrometry to determine the chemical composition of the drugs. They tasted and snorted the cremated human/canine cocktail. Even after conducting a “taste test,” the crooks still believed that they were walking around with stolen cocaine.It was only when one of the burglars read a news article about the stolen ashes that reality dawned. The group—consisting of David Diaz, Matrix Andaluz, Waldo Soroa, and two juveniles—racked their guilt-ridden brains. After some debate, they decided against returning the ashes. The police found the remains of the father and one of the dogs in a lake.All the perpetrators were apprehended.

The suspects were charged with various offenses, including residential burglary.