This looks like a crashed UFO to us,or the remains of an alien craft buried deep in the Sahara

This enormous depression, circular in shape and stretching 25 miles wide, is like a bull’s-eye mark in the middle of an otherwise flat and featureless area of Mauritania desert. Visible from space, it has been a landmark for astronauts since the earliest missions. The Eye isn’t the result of any target practice by aliens; rather, it formed as winds eroded the different layers of sediment, quartzite, and other rocks at varying depths. 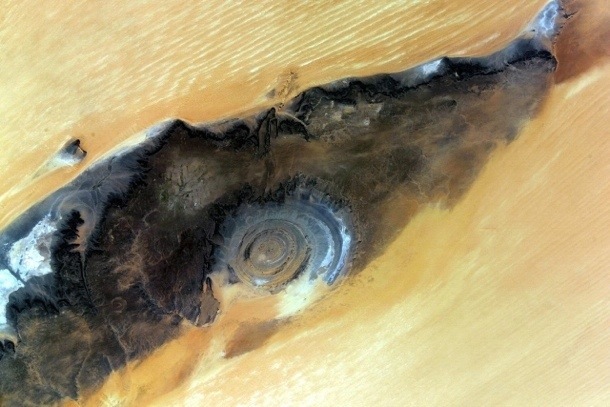