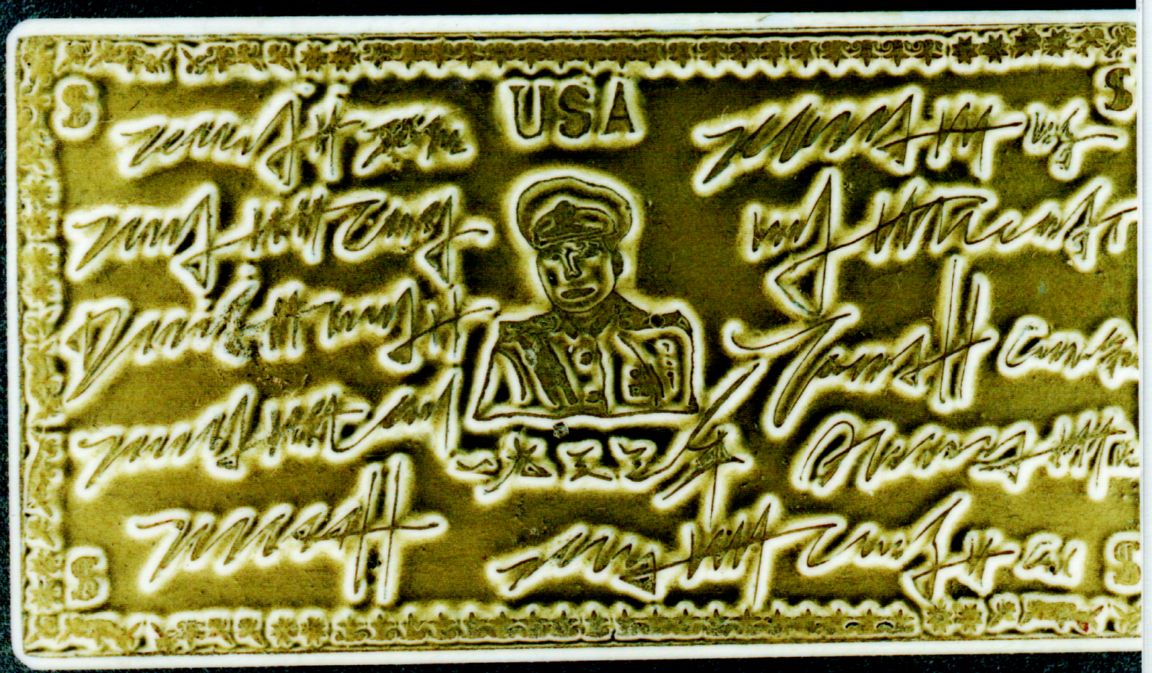 The following mystery was brought to IACR by the curator of a museum in the US. I don’t have the complete story, but it seems that seven gold bars were allegedly issued to a General Wang in Shanghai, China, in 1933. These gold bars appear to represent metal certificates related to a bank deposit with a U.S. Bank. The gold bars themselves have pictures, Chinese writing, some form of script writing, and cryptograms in latin letters.

Not surprisingly, there is a dispute concerning the validity of the claim for the deposit. It may help to resolve the dispute if someone can decipher the cryptograms on the bars. Nobody has yet put for the a theory as to their meaning. No one is able to recognize the script writing. The Chinese writing has been translated, and discusses a transaction in excess of $300,000,000. It also refers to these gold bars which weigh a total of 1.8 kilograms. 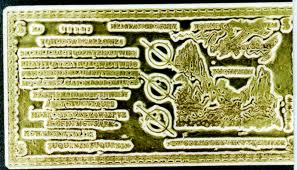