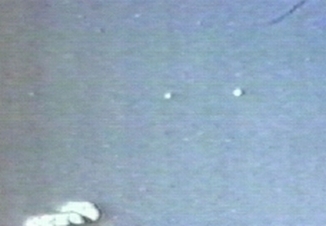 The Mariana UFO Incident occurred in August 1950 in Great Falls, Montana. The film footage of the sighting is believed to be among the first ever taken of what came to be called an unidentified flying object, and was investigated by the US Air Force.

1950, on the night of August 15, minor league baseball manager Nick Mariana became the first person to capture film footage of a UFO. It happened as he was inspecting the diamond before a game in Great Falls, Montana, which has since become a hotbed of UFO sightings, and is close to a US Air Force Base.

Mariana was able to capture two bright dots streaking across the sky on his 16mm movie camera, which he says he routinely kept in his car. After sending the film to be developed, he began to contact local newspapers—significant, as he had not yet seen the developed film and so would not have known if any fakery looked convincing. In October, he wrote a letter to the Air Force and was interviewed at Malstrom Air Force Base.

After examining the film, the Air Force concluded “possible aircraft” and dropped it. While two fighters were on record as having landed at Malstrom at around the time of the sighting, Mariana insisted that he saw those, too—in a different part of the sky. He also claimed that upon his film’s return, several frames that showed the spinning discs more clearly were missing—presumably cut by the Air Force. While the debate has never been resolved, the incident kicked off decades of over 100 sightings in Great Falls, and prompted the renaming of the minor league baseball team to the Voyagers.