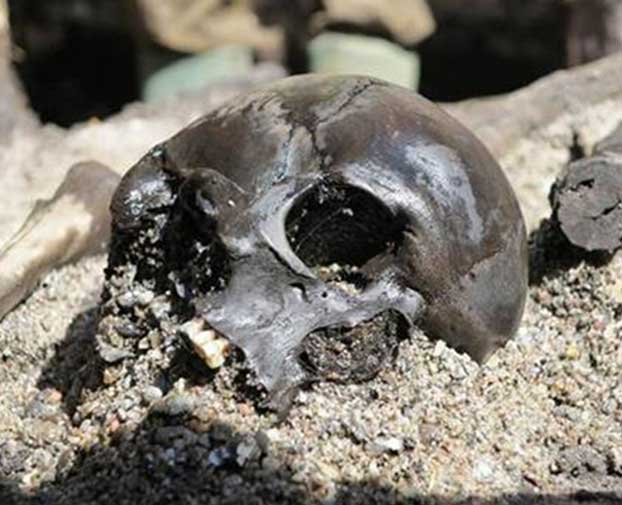 An amazing discovery has been found in Denmark, the missing ghost army!

The remains of hundreds of warriors have resurfaced from a Danish bog, suggesting that a violent event took place at the site about 2,000 years ago.

Discovered in the Alken Enge wetlands near Lake Mossø in East Jutland, Denmark, the skeletal remains tell the story of an entire army’s apparent sacrifice.

Following work done in 2009, archaeologists have so far unearthed the hacked bones of more than 200 individuals.

Skeletal remains include a fractured skull and a sliced thighbone. An abundance of well preserved axes, spears, clubs and shields have been also unearthed.