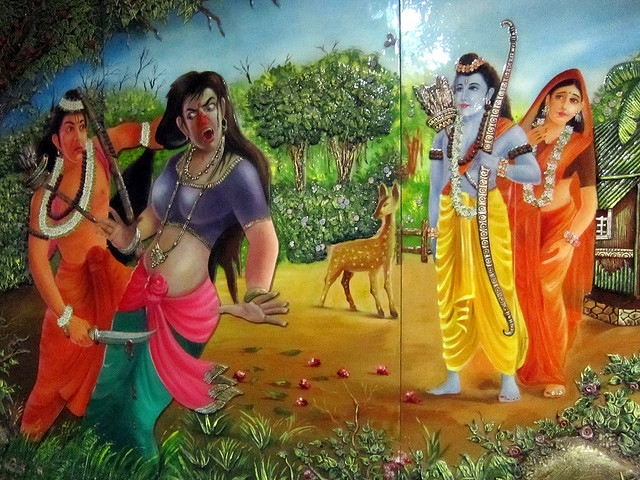 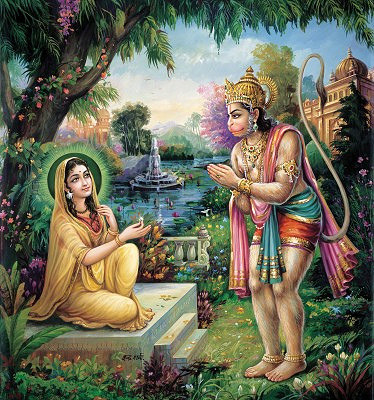 1. All of us know of the incident from the famous epic Ramayan, when Surpanakha had met Lord Rama asking him to marry her. However, she was insulted and only returned Lanka with her nose cut crying in anger and in pain. It was after this insult of Surpanakha, when Raavan, her brother, had decided to take revenge from Rama. However, things took another turn and Raavan was killed by Rama. This whole episode had let Rama take the decision of abandoning Sita as she had spent some time in Ashok Vatika in Raavan’s kingdom in Lanka. She was left in the forests by Lakshman after Rama’s order. And this is where Sita had met Surpanakha. 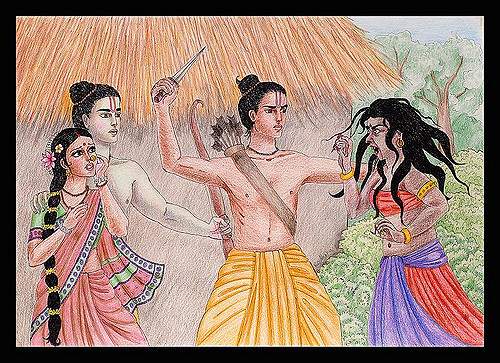 2. Sita being abandoned by Rama had created a change.The darkness of the forest gave way to a harsh sunlight. The trees were weeping. The birds were howling. The serpents were wailing. Rama has banished Sita, they all cried. Ayodhya did not think she was good enough for it. Sita, however, calmed the trees and the birds and the serpents and explained that Rama is locked by rules, unable to breathe free in the palace. I am back in the forest, where I can do whatever I please, whenever I please. I am no longer anyone’s wife; I am now a woman with child. Gauri is not bound to bow her head and watch her step anymore; I am now Kali. I can swim in the river and eat Shabari’s berries. And here under the berry tree, Sita found Surpanakha, full of hate and rage, gloating. 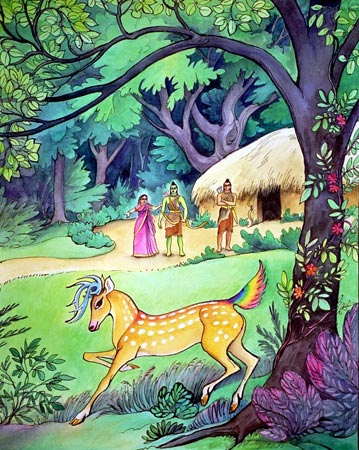 4. Sita smiled, and offered Surpanakha a berry. While offering the berries, Sita told Surpanakha that these are really sweet, as sweet as the berries in Mandodari’s garden. Surpanakha was surprised. She had expected to derive pleasure from Sita’s pain. But Sita was not in pain. Instead, she told Surpanakha, how long will she expect those around her to love her as she loves them? Find the Shakti within yourself to love the other even when the other does not love you. Outgrow your hunger by unconditionally feeding the other. 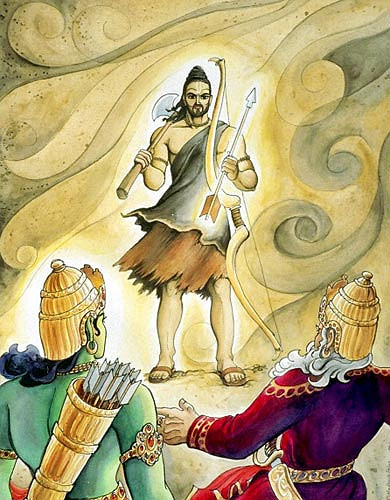 5. But, Surpanakha asked for justice. Sita explained her further that her culprits have already been punished. She told her that ever since the sons of Dashratha disfigured her, they have known no peace. Yet Surpanakha rave and rant relentlessly. Humans are never satisfied with justice. Animals never ask for justice. 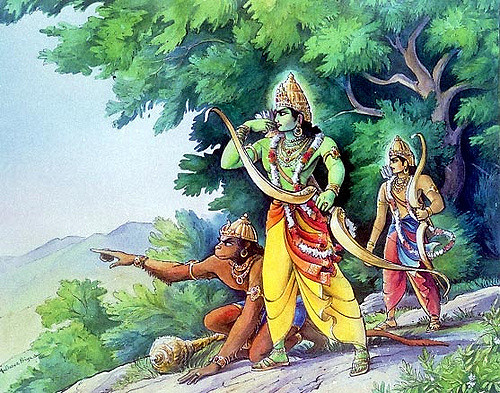 6. Surpanakha replied that she was no animal and therefore, can’t be treated as one. Sita asked her to be human then. She advised her let go and move on. They who hurt her cannot expand their mind. But surely she can. 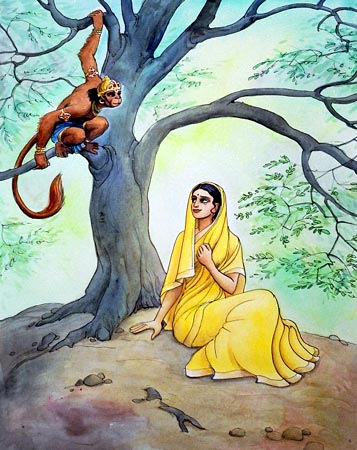 7. Sita explained her that Surpanakha had trapped herself in her own victimhood. And like this she will only be like Raavan. Sita asked her to stand upright while her brothers die, her sons die and her kingdom burns, imagining her own nobility. Sita said that cultures come and go. Rama and Raavan come and go. Nature continues. I would rather enjoy nature. 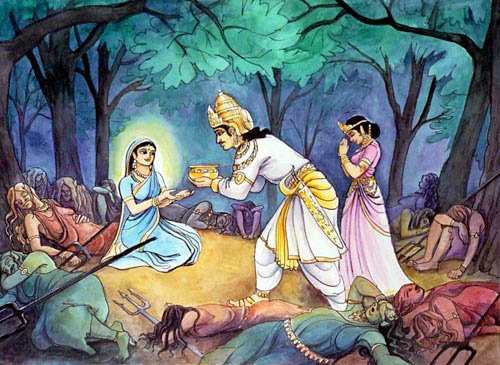 8. Surpanakha picked up the berry offered by Sita. It was indeed sweet, sweeter than any lover’s impatient, lustful gaze. She ate another berry, smiled, and said that from now on she would race with Sita to the river. Surpanakha giggled as she jumped into the waters. Once again, she felt beautiful. 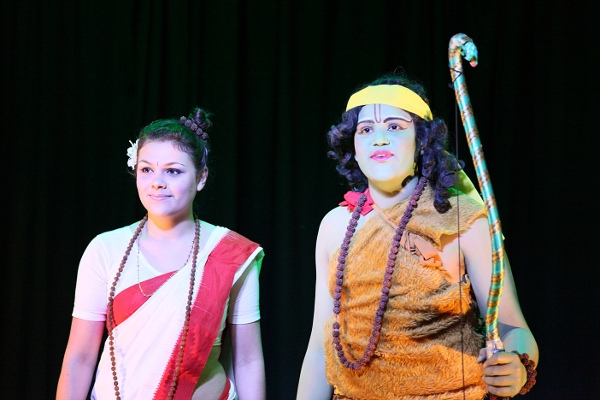 9. Urmila (Laxman’s wife and Sita’s sister) slept on behalf of her husband as well as herself – she slept for all of 14 years! This way Lakshman could stay awake for 14 years during exile protecting Ram and Seeta. Lakshmana is also called “Gudakesh” for this reason – the one who defeated sleep. Precisely why he was able to kill Meghnad, blessed to be defeated only by a person who hadn’t slept for 14 years.

10. Dasharatha had more than 300 wives though only 3 are well-known. Kaikeyi was the last one. He was cursed that he would suffer just like Sharavan Kumar’s parents. Fate took its turn and Ram went into exile at the age of 27. When his father died in agony, Rama saw this in a dream where his father wore black robes. 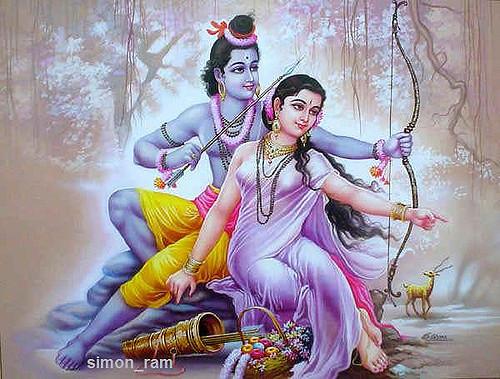 11. Jay and Vijay were gate keepers of Vishnu’s world and they were cursed by Bramha’s sons to be born on earth. They pleaded to Vishnu and the Lord said they could be born as his devotees 7 times or his enemies thrice. In order to be back with the lord sooner, they agreed to the latter and were born as Hiranyaksha & Hiranyakashapa in Sat Yuga, Ravana and Kumbhakarna in Treta Yuga, Dantavakra and Shishupala in Dwapara Yuga. 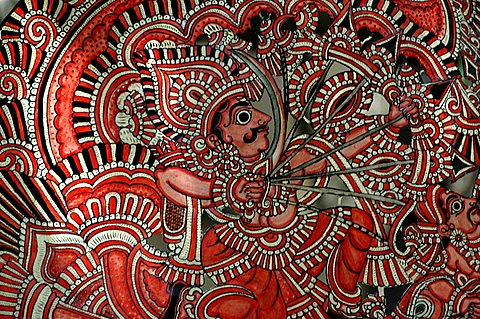 12. Vishnu magically coaxed Ravan into asking for Parvati’s hand in marriage from Shiva and Shiva granted his wish. Parvati was furious and she cursed that Vishnu would also lose his mate on earth. Bali’s wife also uttered the same curse when her husband was slain by Ram. That is why, Sita was abducted in the Ramayana! 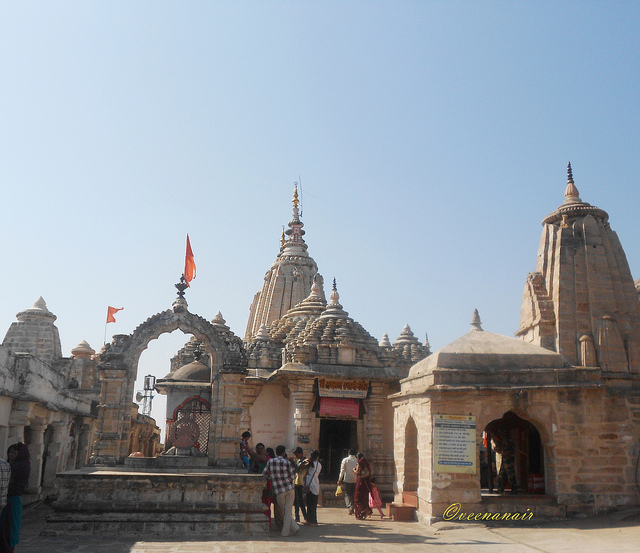 13. Hanuman once battled Lord Ram with nothing more than the chant of Lord Ram’s name. Ram’s arrows could not hurt Hanuman and Yayati was saved. 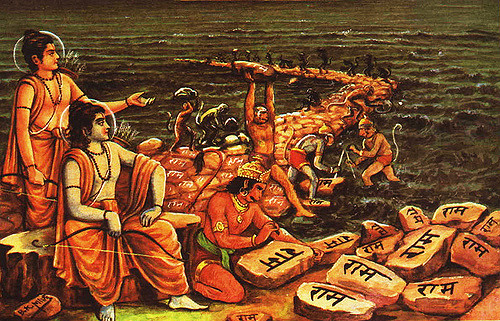 14. Hanuman would not allow Yamraj to enter Ayodhya to claim Lord Rama’s life. To divert his attention, Ram asked Hanuman to retrieve his ring that he had dropped into a crack in the floor. Hanuman reached the serpent world and asked for Rama’s ring. The king there said that there was a vault full of Rama’s rings that he used to divert Hanumana each time his life on earth was over. 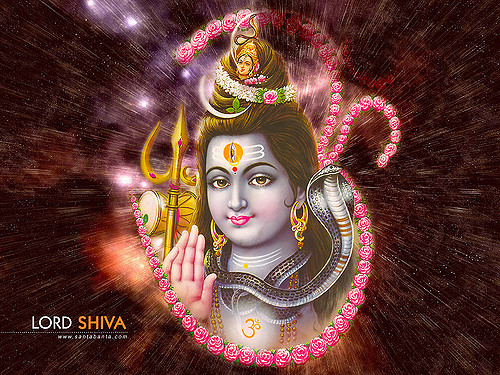 15. The concept of Lakshman Rekha is a myth. The Valmiki Ramayan doesn’t mention a thing about it. That Ram broke Shiva’s bow in Sita’s swayamvar is also not described in the Valmiki Ramayana. 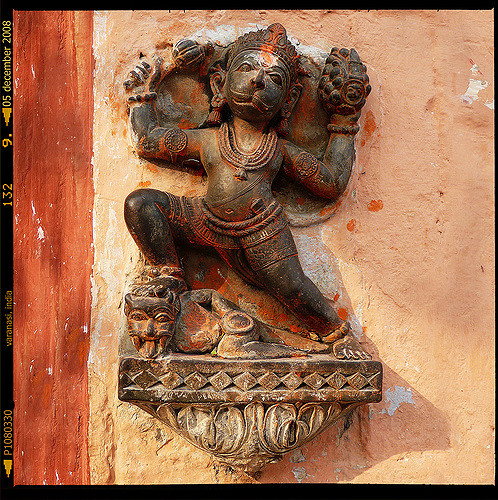 16. Sita was putting sindoor in her hair and on being quizzed, she told Hanuman that she did it for her lord’s long life and well-being. On hearing this, Hanuman started applying sindoor to his entire body! He loved Lord Ram more than anything else in the world.

17. Rama is the 7th incarnation of Lord Vishnu and the Ramayana has 7 Kand’s or parts. 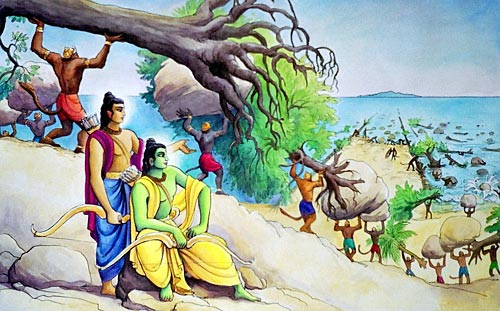 na could not be killed by animals or gods, spirits or demons. He thought mortal men could not harm him and thus, Ram was born human to destroy Raavan. 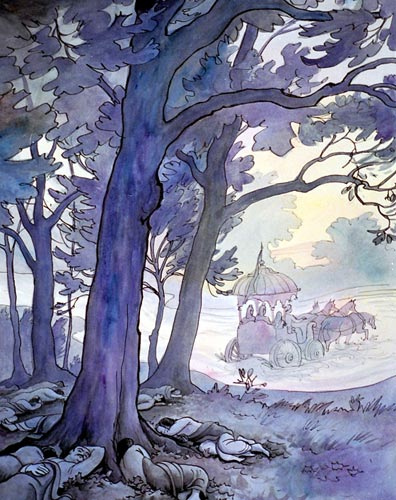 19. Rama left the earth by taking Jala samadhi in the Sarayu River.

The epic is traditionally divided into several major kāndās (books), which deal chronologically with the major events in the life of Rama.[12] The division into 7 kāndās is as follows:

Rama and the monkey chiefs. 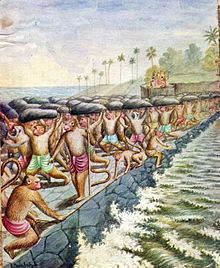