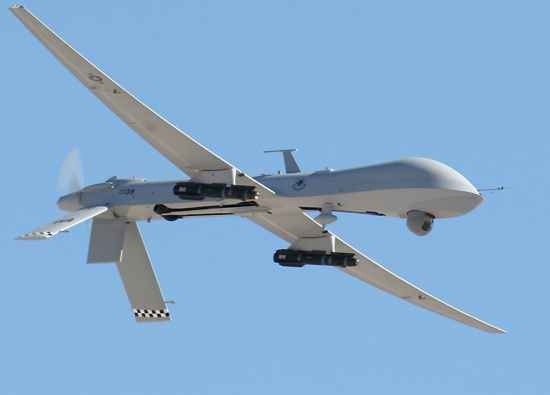 This project began sometime in the late 1960’s and involved some of the first remote controlled aircraft experiments that would later become the Predator drones that are operating in the Middle East, today. It was a six-foot remote controlled drone designed to look like an eagle or buzzard in flight. It carried a television camera in the nose, as well as sensors and electronic surveillance equipment. The project began as an attempt to investigate a mysterious watercraft the Soviet Union had constructed and was spotted testing (by satellite reconnaissance) on the Caspian Sea (that they later nicknamed the Caspian Monster).

The project remains classified today, but a British documentary uncovered what is thought to have been the target for the Aquiline drone – a Soviet hydrofoil called Ekranopian. The Aquiline drone was designed to track in on its target following established communication lines in foreign countries, and be launched from a submarine. The Aquiline drone was built and tested (it crash landed often) but the CIA eventually canceled the program. 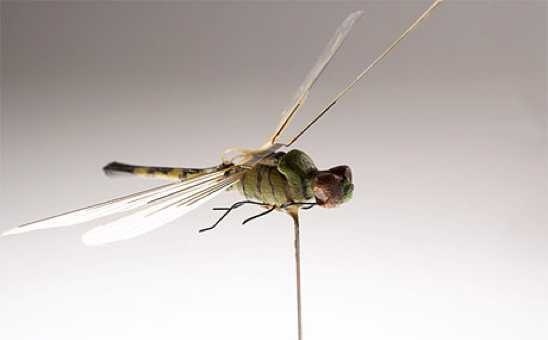 Similar to the Aquiline project, this was another attempt by the CIA to mimic the animal kingdom in the development of remote controlled aircraft. Project Ornithopter involved a birdlike drone designed to blend in with nature by flapping its wings. Another even smaller drone was designed to look like a crow that would land on window ledges and photograph, through the window, what was going on inside the building. Project Insectothopter took the concept to an even smaller animal – a drone designed to look like a dragonfly. Insectothopter was a green drone that flapped wings powered by miniature gas engines. Not satisfied with mimicking mother nature – the CIA also used actual animals to do surveillance, including pigeons with “pigeon-cams” attached to their necks.

Unfortunately, the birds were tired out by the extra weight of the cameras and returned to the CIA base on foot – too tired to fly (the project was abandoned). Maybe the strangest project of all was Project Acoustic Kitty, which placed acoustic listening devices on household cats. That project was abandoned when the cats strayed too far off target searching for food, and one was run over by a car. 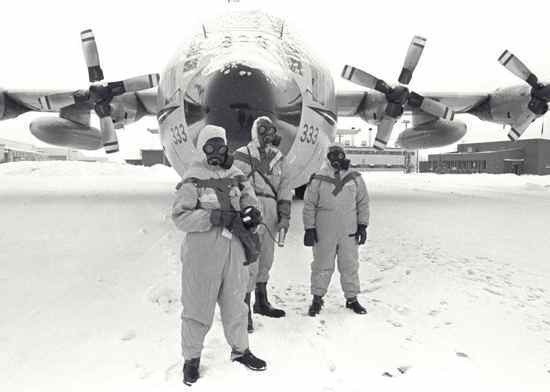 This was another secret clean up of radioactive material but this time not American radioactive material – Russian. On September 18, 1977, the Soviet union launched Cosmos 954, a nuclear-powered spy satellite. The satellite was 46 feet long and weighed over 4 tons. Within months of its launch, the US knew the satellite was in trouble. In December of 1977, analysts determined Cosmos 954 was slipping out of orbit and unless the Soviet Union took action, it would plummet to Earth. They further determined that if the Soviets could not gain control of the satellite it would reenter the atmosphere and crash somewhere in North America. Pressed by the Carter Administration to divulge what exactly was on board the satellite, the Soviets admitted it carried 110 pounds of highly enriched uranium.

At the direction of the CIA – the decision was made by the US government not to inform the public. The CIA knew a satellite carrying a live nuclear reactor was going to crash somewhere in North America, but believed that “a sensationalized leak would disturb the public in unforeseeable ways”. So the public was kept in the dark. Fortunately by 1978, the US had a trained team to respond to such emergencies – the Nuclear Emergency Search Team or NEST. The NEST team stood by, waiting to deploy the minute the satellite crashed (no one could predict exactly where it would land). Eventually, national security advisor Zbigniew Brzezinski did tell the public that America was experiencing “a space age difficulty”.

When Cosmos 954 crashed it struck across a large swath of ice in the Canadian tundra, 1000 miles north of Montana near the Great Slave Lake. The NEST team vans carrying the specialists were dispatched by C130 transport to the crash scene. The vans were disguised as bakery vans. As part of Operation Morning Light – the NEST team members searched over a fifty by eight hundred mile corridor for radioactive debris. After several months, 90 percent of the debris from Cosmos 954 was recovered. After the crash, officials calculated that if Cosmos 954 had made one more orbit of the Earth before it crashed, it would have landed somewhere over the populated American East Coast. 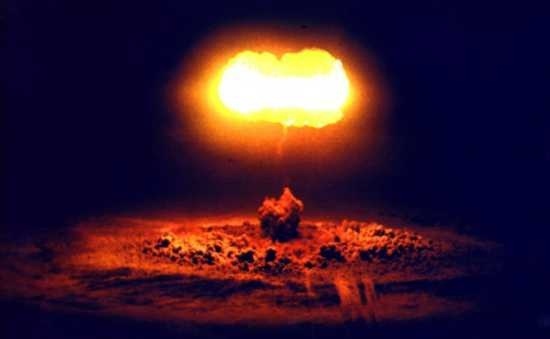 Perhaps the most wrong-headed, ill-advised and dangerous of all the atmospheric nuclear explosions by the US, Projects Teak and Orange were right out of a science fiction story about mad scientists and their crazy experiments leading to the destruction of the planet.Teak and Orange were two massive, 3.8 megaton nuclear devices which would be detonated in the Earths upper atmosphere over the Johnston Atoll, 750 miles west of Hawaii. Teak was exploded at 50 miles and Orange was exploded at 28 miles in the upper atmosphere. The purpose of these tests was to give the US a measuring stick to use so as to determine if the Soviet Union did the same thing (exploded a nuclear device high in the Earths atmosphere). As if such an explosion would be difficult to detect? It seems mad now, looking back, that such tests were green-lighted, but that was the mood of the Cold War in the 1950’s and 1960’s.

Test first, ask questions later. How obvious is it to explode a 3.8 megaton nuclear device 28-50 miles up? The fireballs produced burned the retinas of any living thing within a 225 mile radius of the blast. Anything that had been looking at the sky when the blast occurred, without protective goggles was blinded. This included hundreds of monkeys and rabbits flown in aircraft nearby. The animals had their heads locked into devices that forced them to look at the blast. From Guam to Wake Island to Maui, the blue sky turned red, white and gray, creating an aura over a 2,100 mile section of the meridian. Radio communication throughout a huge part of the Pacific went dead. One of the weapons test engineers stated it chillingly – “we almost blew a hole in the ozone layer”. In fact, prior to the explosions scientists had warned that it would be possible to blast a hole in the Earths protective ozone layer, but Teak and Orange went ahead regardless.