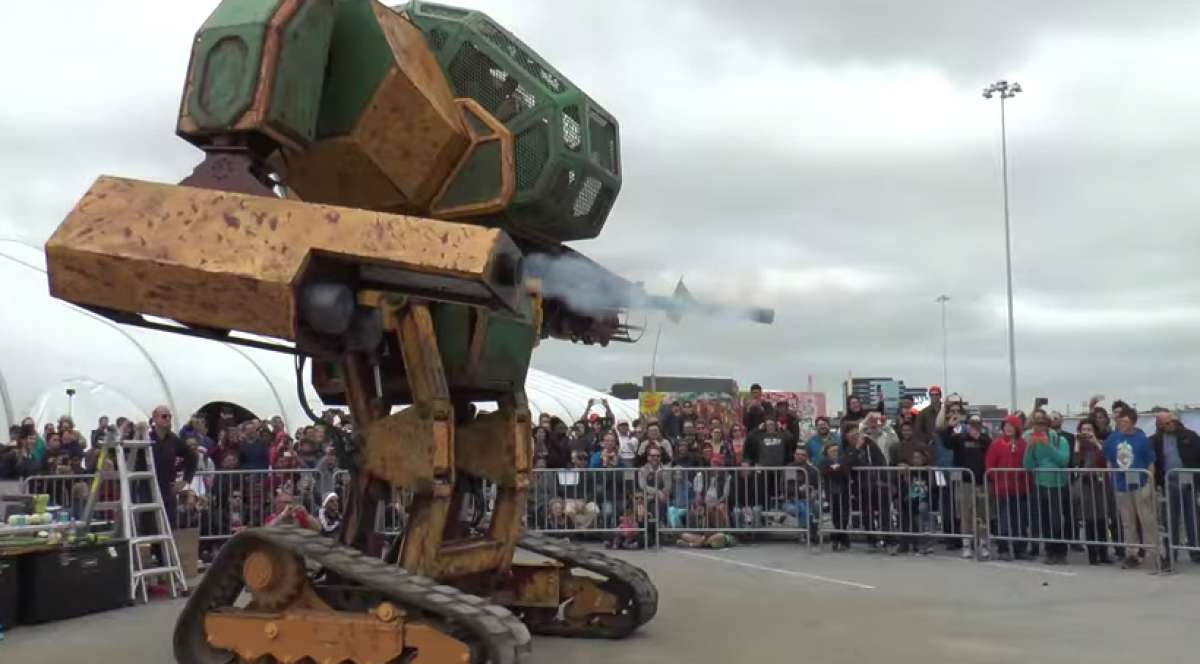 Megabot is an undeniably impressive piece of kit.
Two giant mechanized robots could soon be duking it out in a showdown of epic proportions.

Towering at a height of 15ft and weighing in at 15,000 pounds, Megabot II is a huge mechanized paintball-firing combat walker that wouldn’t look out of place in the movie Pacific Rim.

Its opponent, the Japanese-made Kurutas, is 3ft shorter and weighs significantly less but is more advanced and comes equipped with a BB bullet Gatling gun and a sophisticated targeting system.

This week the US inventors behind Megabot have thrown down the gauntlet in an attempt to organize a duel between the two machines as part of an ongoing effort to start a real-life robot fighting league.

Requiring a team of two to operate, Megabot possesses two huge modular pneumatic cannons for arms and can let loose paint-filled cannonballs at speeds of up to 120mph.

If Japan accepts the challenge then the fight will take place in approximately one year’s time.