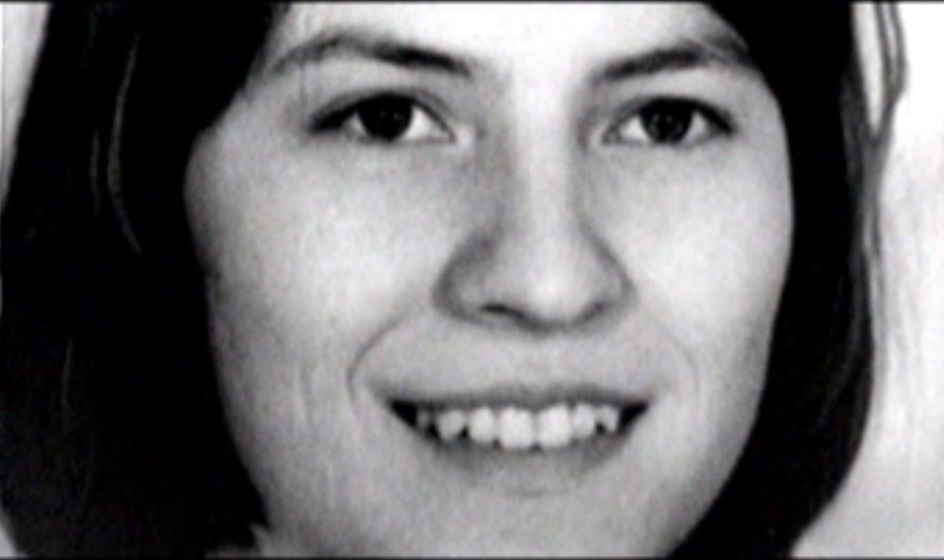 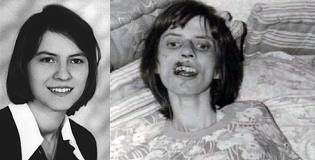 Anneliese Michel was a German Catholic woman who was said to be possessed by demons and subsequently underwent an exorcism. The case has been labelled as a misidentification of mental illness, negligence, abuse, and religious hysteria, however many in the church still claim the case was a real possession.

Four years before Anneliese was born, her mother, Anna Michel gave birth to an illegitimate daughter. This was a source of shame for the Catholic family. After she married and gave birth to Anneliese, she apparently harbored feelings of guilt about her first daughter. Unfortunately, Anneliese’s older sister died at the age of eight, but Anneliese reportedly felt like she needed to repent for her mother’s sin. She supposedly spent much of her time doing penance for her mother, sinful youth and bad priests.

Anneliese’s supposed symptoms of possession began in 1968. Anneliese was a 16-year-old high school student. The symptoms were convulsions and they were eventually diagnosed as epilepsy by a neurologist. Anneliese Michel took medicine for her condition and continued her life to the best of her ability. She finished high school and went on to college, where she studied to become a teacher. Apparently, the medicine was not helping her much. Her problems only got worse.

It all started to go bad when Anneliese went on a pilgrimage to San Damiano with a good friend of the family, Thea Hein, who regularly organized such pilgrimages to “holy places” not officially recognized by the church.

Because Anneliese was unable to walk past a crucifix and refused to drink the water of a holy spring, her escort concluded that she was suffering from demonic possession.

Both Anneliese and her family became convinced she was possessed and consulted several priests, asking for an exorcism. The priests declined, recommended the continuation of medical treatment, and informed the family that exorcisms required the bishop’s permission.

Eventually, in a nearby town, they came across vicar Ernst Alt, who, after seeing Anneliese, declared that she didn’t “look like an epileptic” and that he didn’t see her having seizures.[4] He believed she was suffering from demonic possession.Alt urged the bishop to allow an exorcism. In September 1975, Bishop Josef Stangl granted Father Renz permission to exorcise according to the Rituale Romanum of 1614,but ordered total secrecy.They performed the first session on 24 September.

Once convinced of her possession, Anneliese, her parents, and the exorcists stopped seeking medical treatment, and put her fate solely into the hands of the exorcism rites. Sixty-seven exorcism sessions, one or two each week, lasting up to four hours, were performed over about ten months in 1975 and 1976.

At some point, Michel began talking increasingly about dying to atone for the wayward youth of the day and the apostate priests of the modern church, and she refused to eat. At her own request, doctors were no longer being consulted.

On 1 July 1976, Anneliese died in her home. The autopsy report stated the cause of death as malnutrition and dehydration from almost a year of semi-starvation while the rites of exorcism were performed. She weighed 68 pounds (30.91 kilograms) 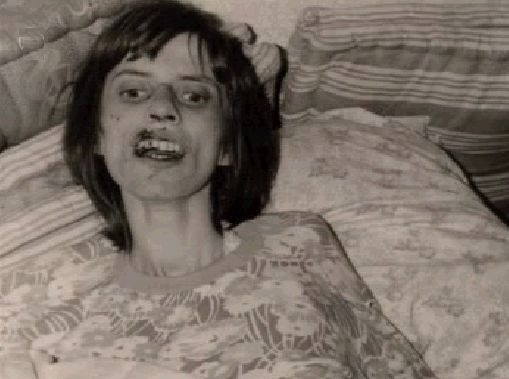