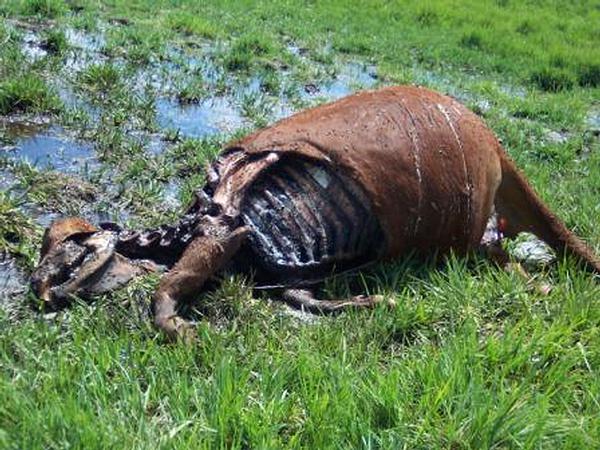 Apparently cattle mutilations like these above are found on a fairly regular basis in Colorado and parts of Mexico. Is this the creepy, meat-oriented version of crop circles? Alien experiements ? or secret government testing?

The phenomenon is growing, as far as we know, Mutilations began to be documented in the early 1970s when reports came in from ranchers in Minnesota and Kansas. The mutilations were like nothing they had ever seen with their cattle; they seemed to have a surgical precision that ruled out predators (whose work ranchers were quite familiar with). The selectivity is also unusual: often only the eyes, tongue or sexual organs have been removed, and quite often there is an unexplained absence of blood from the scene. Theories to explain the mutilations include Satanic cults, aliens, government experiments (unmarked black helicopters are sometimes seen in the vicinity) and bizarre diseases. As yet, however, no conclusive answers have ever been found.