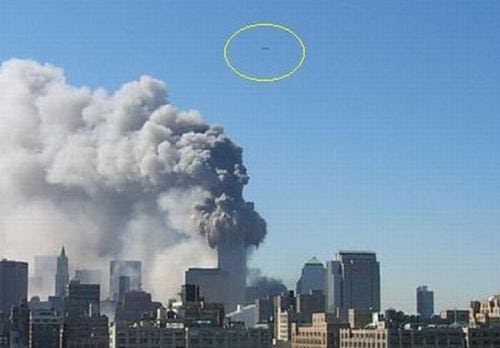 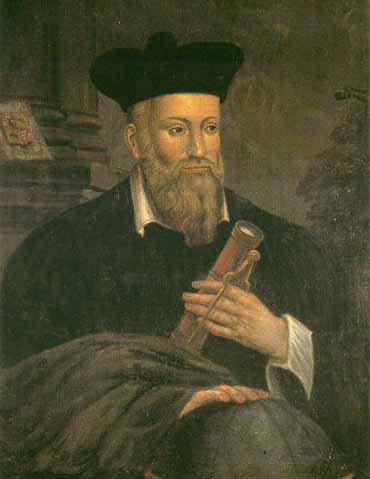 Warning of the September 11, 2001 attacks on the World Trade Centers had been foretold by the famous sixteenth-century French writer Nostradamus. He wrote in ambiguous, nearly inscrutable sets of phrases called quatrains that believers claim predicted everything from the American Civil War to Hitler to John F. Kennedy’s assassination.

Those who believe in prophecy sift through reams of Nostradamus’s vague writings trying to breathe new meaning into stale words. Here are a few of the Nostradamus prophecies that seemed to be eerily prophetic:

“Two steel birds will fall from the sky on the Metropolis / The sky will burn at forty-five degrees latitude / Fire approaches the great new city / Immediately a huge, scattered flame leaps up / Within months, rivers will flow with blood / The undead will roam the earth for little time.”

It’s easy to fit these words to the  events of 9/11 , and much was made of the second line, as New York City (the “Metropolis”), lies at about 40 degrees north latitude. To someone reading Nostradamus for the first time, one could be convinced that he might have predicted the tragedy.

If you’re familiar with the   Nostradamus prediction  for the future , though, this particular prediction does not ring true: This writing is actually a hybrid of real Nostradamus verse and fiction, and whoever rewrote it was spectacularly sloppy. Not only is it not written in quatrain form (Nostradamus’ typical writing style), but the phrase “two steel birds” is a obvious give away, as steel suitable for airplanes wasn’t invented until 1854, nearly 200 years after Nostradamus died.

Another suspect quatrain that surfaced after 9/11 reads:

“In the city of God there will be a great thunder / Two brothers torn apart by Chaos while the fortress endures / The great leader will succumb / The third big war will begin when the big city is burning – Nostradamus 1654.”

Given the fact that Nostradmaus died in 1566, 88 years before the quatrain was supposedly written, it seems a remarkable piece indeed. This was actually published on a Canadian website as part of an essay on how easily an important-sounding prophecy can be created using vague imagery. What began as an essentially skeptical piece explaining how prophecy can fool people eventually circulated as the real thing.

There are plenty of fake Nostradamus prophecies about 9/11; what about any real ones? As Nostradamus scholar Peter Lemesurier notes in his book “Nostradamus, Bibliomancer: The Man, The Myth, The Truth” (2010, New Page), one quatrain (I.87) can be translated as, “Earth-shaking flames from the world’s center roar / And make the earth around a ‘New City’ quiver.”

Could the “earth-shaking flames” be the explosions from the Twin Towers? And might the “New City” mean New York? If you know nothing about Nostradamus it might seem plausible, but Lemesurier points out that the original phrase Nostradamus used for “New City,” “cite neufve” “is much more likely to mean a town whose name means precisely that in Greek or Latin than merely any old city with ‘new’ in its name such as New York or New Orleans…” Furthermore Nostradamus explicitly states that the “earth-shaking flames” will not be from the sky but instead “from the world’s center” (i.e., likely lava from a volcanic eruption). Lemesurier concludes, “Of New York or the 9/11 tragedy he is clearly saying nothing.”

Despite his legions of followers, a close analysis of Nostradmus’s writings reveals that he did not make predictions (statements that come true after you read them) instead he makes post-dictions (statements that appear to come true only after the events happen). If Nostradamus truly predicted the September 11 attacks, the world should have know about them decades (or even centuries) before they occurred.