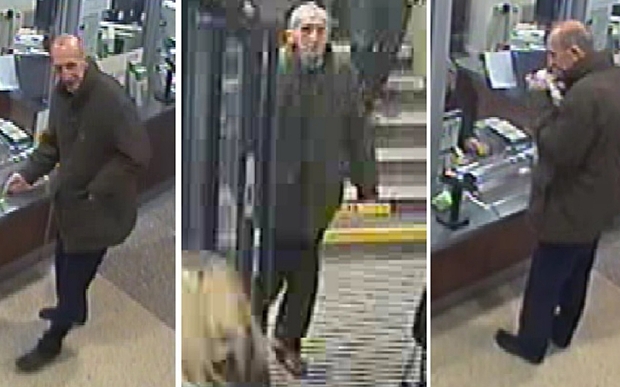 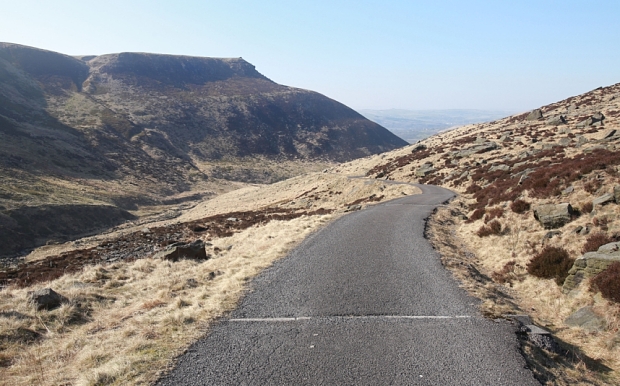 Story re: the police investigation into the mysterious death of a man on Saddleworth Moor, Lancashire, shortly before Christmas last year. Police have been unable to identify the man. Picture shows the road above Dovestone Reservoir where he walked into the hills.
.
Months after the body of a pensioner was discovered on Saddleworth Moor the circumstances of his lonely death raise more questions than answers.

Since December 12 there has been a body lying on a slab in Royal Oldham Hospital morgue. It is that of a man close to 6ft, aged somewhere between 65 and 75, fair-skinned with blue eyes and receding grey hair. Aside from these particulars he currently has no name, no family, and no home.

The technicians have taken to calling him “Neil Dovestone” after the name of the reservoir on Saddleworth Moor near to where he was found. Even those used to bringing out the dead feel uneasy spending so long with an untitled corpse.
What began, police presumed, with a simple missing person case on a foul Saturday morning three months ago has since turned into one of the great riddles this desolate landscape has ever witnessed.

Detectives have trawled through historical records dating back to 1949 and made inquiries stretching as far as Pakistan, but still they are none the wiser as to who this mystery man was and why his life came to an end on the moors. Even a major breakthrough in the investigation this week has raised more questions than answers.

BEST QUALITY AVAILABLE
Undated Greater Manchester Police handout images from CCTV footage dated 11/12/15 of an unidentified man at Ealing Broadway station in London. The mystery man was later found dead on moorland having suffered strychnine poisoning. PRESS ASSOCIATION Photo. Issue date: Monday March 14, 2016. The pensioner was discovered at a beauty spot near Oldham in December with no signs of a struggle or fall and detectives are still unable to identify him. Photo credit: Greater Manchester Police/PA Wire

On the morning of December 11 the man was picked up on CCTV walking towards Ealing Broadway tube station from the southern part of the west London borough. Police still do not know his movements prior to that. He was wearing a white shirt, blue jumper, corduroy trousers, beige overcoat and black slip-on shoes with a fresh lick of polish.

At Ealing Broadway he bought a tube ticket to London Euston, arriving at 9.50am. From here he purchased a return ticket to Manchester Piccadilly and boarded the 10am train. Once the train arrived at the station at 12.07pm, he spent 56 minutes wandering about, visiting Boots and Marks & Spencer and buying a sandwich. Then he left the station and disappeared from CCTV range.

At 2pm he walked into the Clarence Hotel pub in Greenfield and asked landlord Mel Robinson in a polite, placeless accent for directions to the “top of the mountain”. Despite being warned it would soon be dark he set off towards the hills overlooked by the towering 1,500ft rock formation called Wimberry Stones, known locally as Indian’s Head. He ascended past the Dovestone Reservoir and along a moorland path leading towards the summit, where he was spotted by two witnesses along the way. The last sighting of him was at 4pm, about three quarters of the way up, as darkness rolled in and temperatures plunged.

His body was discovered the next day at 10.45am by a cyclist who was out on the hills despite howling winds and terrible rain. He was lying 5ft from the path with his feet pointing downhill. In his pockets all police found was £130 in £10 denominations, the three train tickets and a vial of thyroxine sodium (a harmless drug taken to treat underactive thyroid glands) with the label written in Urdu.

Police describe him as white, of slim build, with a receding hairline with grey hair to the side and back. He had a large nose, which may have been previously broken, and was clean shaven.

It has now been confirmed that he suffered strychnine poisoning. Strychnine is a highly toxic odourless alkaloid used as a pesticide, particularly to kill rodents.

Greater Manchester police continue to appeal for help to identify the man after running into a series of dead ends.

His body was found close to the location of the discovery of the moors murder victims in the 1960’s.

The Moors murders were carried out by Ian Brady and Myra Hindley between July 1963 and October 1965, in and around what is now Greater Manchester, England. The victims were five children aged between 10 and 17—Pauline Reade, John Kilbride, Keith Bennett, Lesley Ann Downey and Edward Evans—at least four of whom were sexually assaulted.

The murders are so named because two of the victims were discovered in graves dug on Saddleworth Moor; a third grave was discovered on the moor in 1987, more than 20 years after Brady and Hindley’s trial in 1966. The body of a fourth victim, Keith Bennett, is also suspected to be buried there, but despite repeated searches it remains undiscovered.

The man, could have had family link to crash on Saddleworth Moor that killed 24 in 1949, police believe.

The 1949 Manchester DC-3 accident occurred when a twin-engined British European Airways Douglas DC-3 (registration: G-AHCY) crashed in the Moors. The accident killed 24 of the passengers and crew on board.

Det Sgt John Coleman said: “We know there was a plane crash there in 1949 with 32 passengers and the majority died. Amongst the people that survived were two children – Michael Prestwich, who was two, and five-year-old Stephen Evans.

“Could he have been one of the children on the plane? Or could he be a relative of one of the flight crew or passengers? We have no evidence to support this yet but it’s just another line of inquiry.”