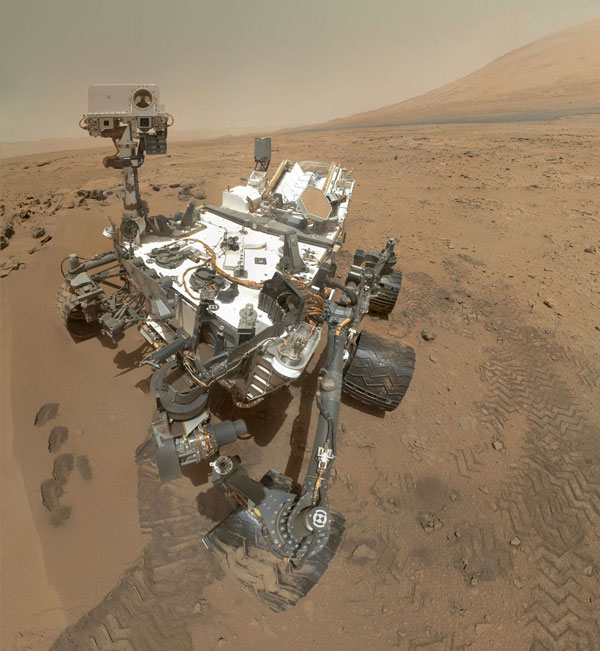 The rover hasn’t smelt it, but Mars may still have dealt it. That’s the conclusion of the first attempt by NASA’s Curiosity rover to find methane gas on the Red Planet.

On Earth most atmospheric gas comes from living sources, although it can also be made by non-biological processes. Methane on Mars might therefore be a sign of life deep below the planet’s surface.

Hints of the gas have been swirling since 2003, when ground-based telescopes and a European orbiter detected its signatures in the Martian atmosphere. A 2009 study done with telescopes in Hawaii claimed to see localised plumes of methane, suggesting pockets of life may thrive in three spots near the planet’s equator. That find has since proven controversial.

Using its Sample Analysis at Mars (SAM) instrument suite, the Curiosity rover has conducted the first search for methane from within Mars’s atmosphere. The rover used a laser spectrometer to sniff samples of air and look for the chemical signatures of methane.

After four attempts run on two samples, the tests came back essentially empty, or at least with such tiny traces that nothing is definitive. Still, rover scientists say they will keep looking. “At this point we don’t have a positive detection of methane on Mars. But that could change,” Sushil Atreya, a co-investigator for the SAM instrument, said during a teleconference Friday.

Atreya said it is possible more robust levels of methane existed on Mars previously but were rapidly destroyed by other gases, such as chlorine, or by the planet’s powerful dust storms. So what might have created the past hints? That’s anybody’s guess, and the rover team is hesitant to name a possible source for a gas they didn’t find.

“Everything is open at this point. Since we do not have positive detection, we’re not in a position to say what the source of this gas would be,” Atreya said. “Stay tuned. The story of methane has just begun.”