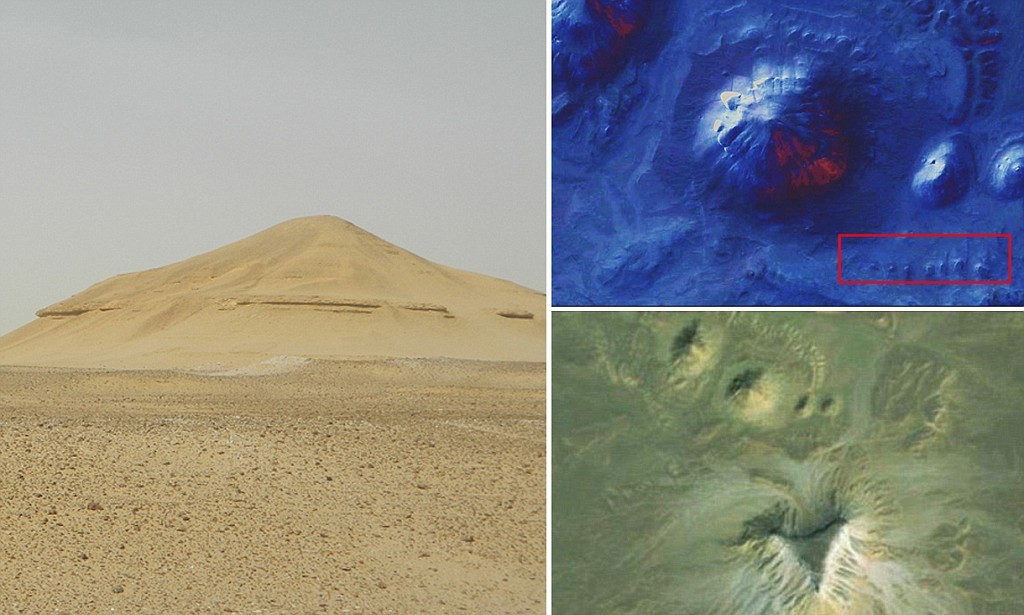 Mysterious, pyramid-like structures spotted in the Egyptian desert by an amateur satellite archaeologist might be long-lost pyramids after all, according to a new investigation into the enigmatic mounds.

Moreover, it has emerged these formations are labeled as pyramids on several old and rare maps,” Micol told Discovery News.

One site in Upper Egypt, just 12 miles from the city of Abu Sidhum along the Nile, featured four mounds with an unusual footprint.

“The images speak for themselves,” Micol said when she first announced her findings. “It’s very obvious what the sites may contain, but field research is needed to verify they are, in fact, pyramids,”

“After the buzz simmered down, I was contacted by an Egyptian couple who claimed to have important historical references for both sites,” Micol said.

The couple, Medhat Kamal El-Kady, former ambassador to the Sultanate of Oman, and his wife Haidy Farouk Abdel-Hamid, a lawyer, former counselor at the Egyptian presidency and adviser of border issues and international issues of sovereignty, are top collectors of maps, old documents, books and rare political and historical manuscripts.