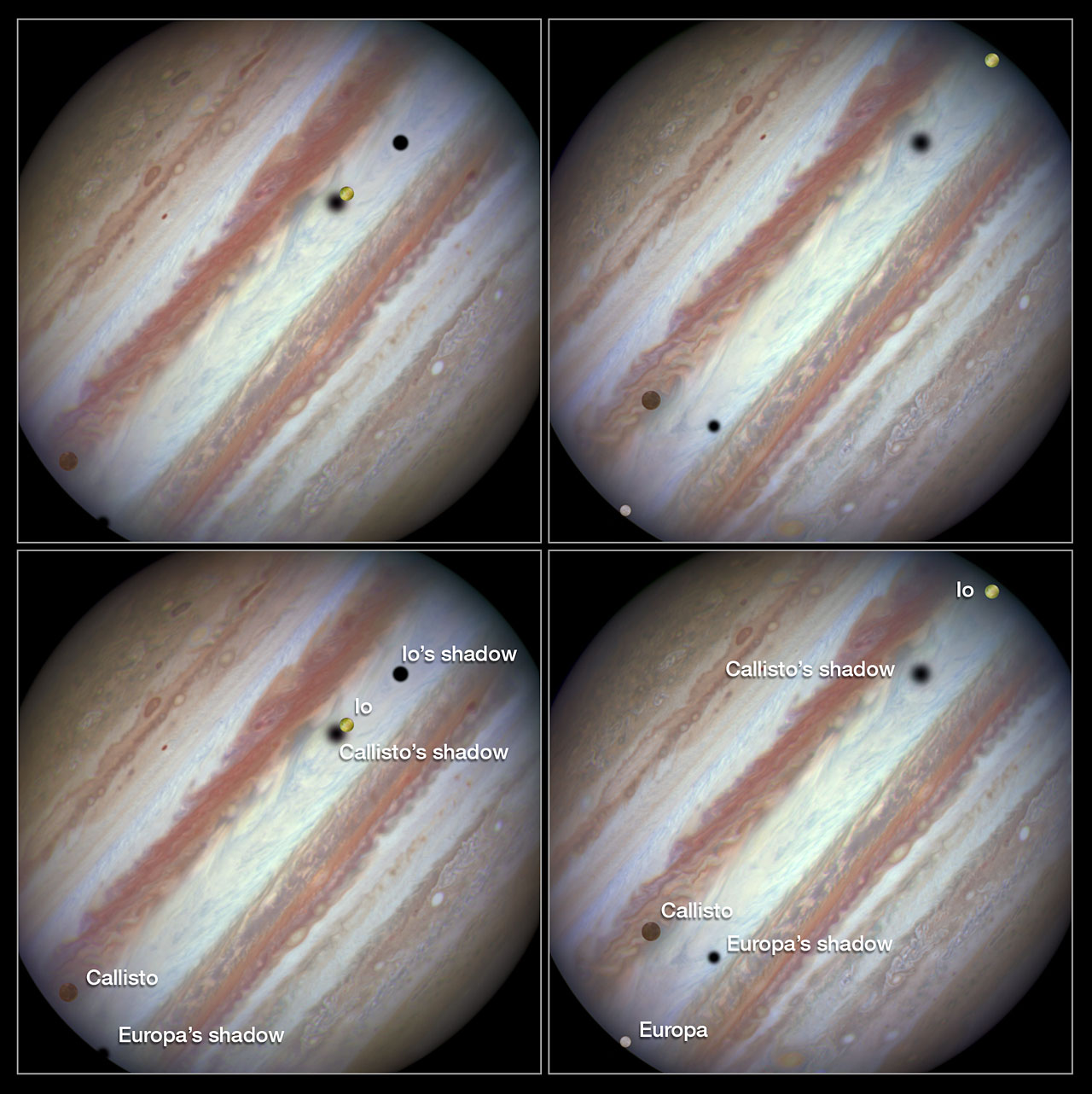 Being the largest planet in the solar system, the gas giant Jupiter has been a staple point of interest to astronomers for centuries.

The fifth planet from the sun, Jupiter has a diameter more than 11 times that of our own planet and plays host to a veritable miniature solar system of at least 63 small moons and 4 large ones.

Some of these, such as Ganymede and Europa, are themselves objects of great interest and scientific importance.

This week new photographs have been released showing the moment three of Jupiter’s larger moons ( Europa, Callisto and Io ) showed up at the same time across the face of the planet.

The images, which were taken by the Hubble Space Telescope back in January, cover a period of just over 40 minutes and represent a rare transit event that happens only once or twice a decade.