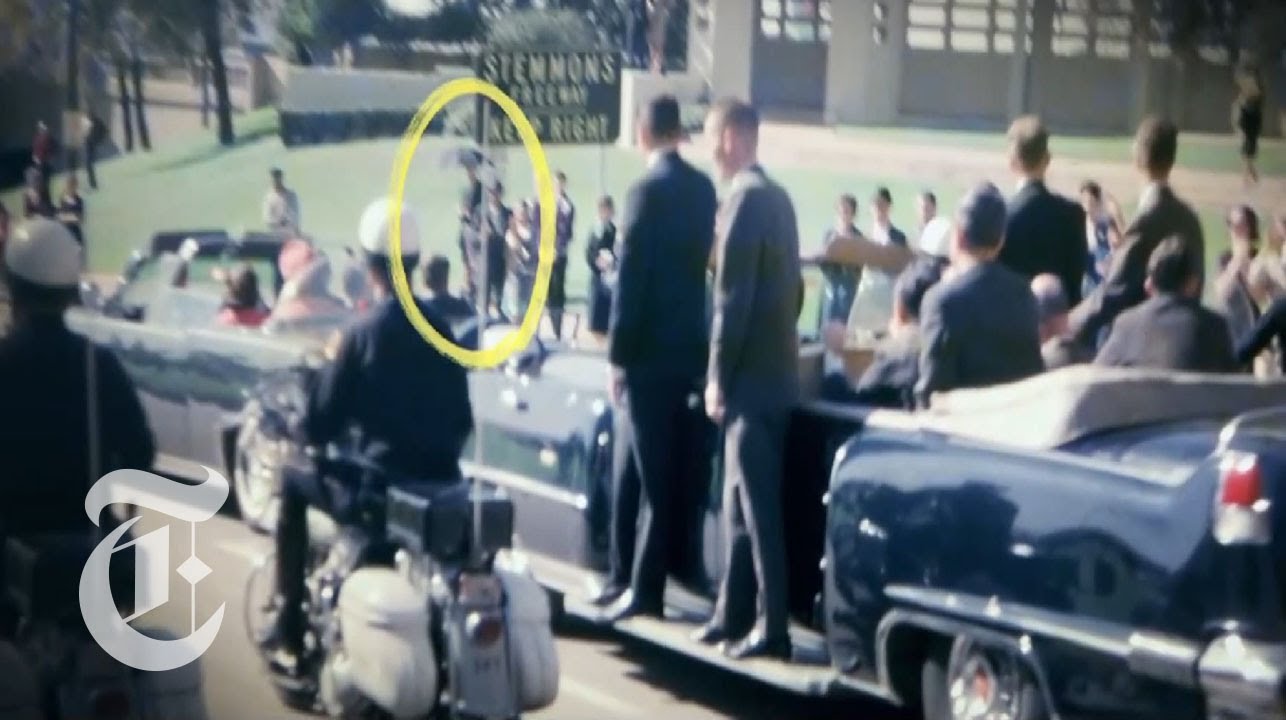 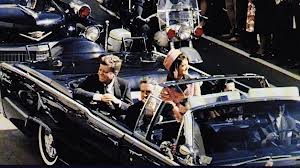 Crowds of excited people lined the streets and waved to the Kennedys. The car turned off Main Street at Dealey Plaza around 12:30 p.m. As it was passing the Texas School Book Depository, gunfire suddenly reverberated in the plaza.

Bullets struck the president’s neck and head and he slumped over toward Mrs. Kennedy. The governor was also hit in the chest.

The car sped off to Parkland Memorial Hospital just a few minutes away. But little could be done for the President. A Catholic priest was summoned to administer the last rites, and at 1:00 p.m. John F. Kennedy was pronounced dead. Though seriously wounded, Governor Connally would recover.

The president’s body was brought to Love Field and placed on Air Force One. Before the plane took off, a grim-faced Lyndon B. Johnson stood in the tight, crowded compartment and took the oath of office, administered by U.S. District Court Judge Sarah Hughes. The brief ceremony took place at 2:38 p.m.

Less than an hour earlier, police had arrested Lee Harvey Oswald, a recently hired employee at the Texas School Book Depository. He was being held for the assassination of President Kennedy and the fatal shooting, shortly afterward, of Patrolman J. D. Tippit on a Dallas street.

On Sunday morning, November 24, Oswald was scheduled to be transferred from police headquarters to the county jail. Viewers across America watching the live television coverage suddenly saw a man aim a pistol and fire at point blank range. The assailant was identified as Jack Ruby, a local nightclub owner. Oswald died two hours later at Parkland Hospital.

On November 29, 1963 President Lyndon B. Johnson appointed the President’s Commission on the Assassination of President Kennedy. It came to be known as the Warren Commission after its chairman, Earl Warren, Chief Justice of the United States. President Johnson directed the commission to evaluate matters relating to the assassination and the subsequent killing of the alleged assassin, and to report its findings and conclusions to him.

The House Select Committee on Assassinations

The U.S. House of Representatives established the House Select Committee on Assassinations in 1976 to reopen the investigation of the assassination in light of allegations that previous inquiries had not received the full cooperation of federal agencies.