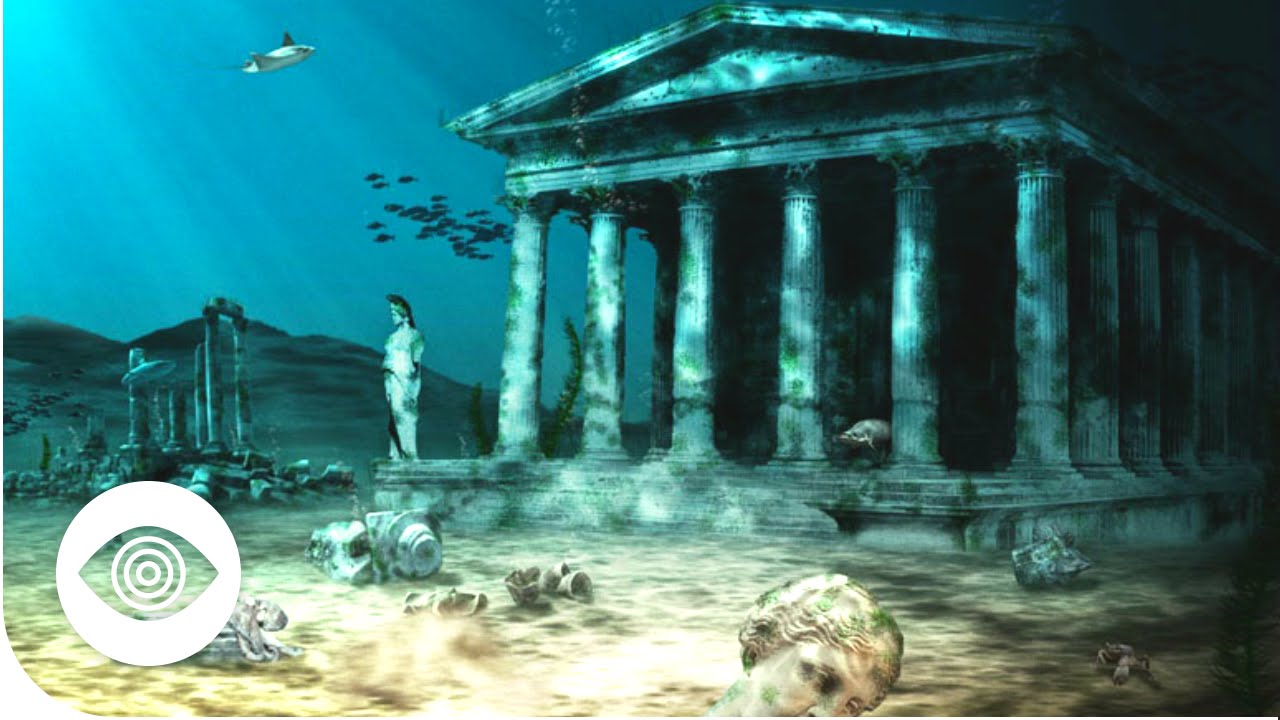 For centuries, Atlantis has been one of the western world’s favorite legends, a tantalizing blend of fantasy and mystery. Stories tell of a rich and glorious empire that was lost to the sea—where some hope its ruins still lie, waiting to be discovered.

Most of the information we have about Atlantis comes from the ancient Greek philosopher Plato. He says that Atlantis lay west of the Pillars of Hercules (rock formations at the Straits of Gibraltar), in the Atlantic Ocean. On this huge island was a “great and wonderful empire” where brave, virtuous people lived in a kind of paradise.

But this peaceful existence came to an end when the people of Atlantis began to love power more than they loved the gods. They waged war against the rest of the world, but were ultimately defeated by the wise and moral Athenians. Then, some 9,000 years before Plato’s own time, or around 9,500 B.C.E., earthquakes sunk paradise into the sea.

In Search of Atlantis

There is no proof that Atlantis ever existed. Many people believe that paradise was just a legend, told by Plato to praise the values Athenian society held dear. But others believe that the storied island was based in fact. Some have argued that Atlantis was in the Americas, or in the Canary Islands, or in Antarctica. Others think Atlantis was in fact the Greek island of Thera—a theory fed by recent archaeological discoveries.

In the late 1960s Professor Spyridon Marinatos discovered the remains of a Bronze Age city near Akrotiri, on the island of Thera (Santorini). The city’s streets, buildings, pottery, and colorful wall paintings prove that it was a wealthy society much like the Minoan civilization of nearby Crete. But around 1500 B.C.E., a devastating volcanic eruption—far greater than the one that covered Pompeii—buried the city under 15 feet of ash.

Was Thera the land of paradise? Some believe that Plato was indeed describing Thera, but that he was wrong about its location and the date of its destruction—or that translations of his writings have been misunderstood. If Plato did not completely make up the story of paradise, it probably has its origins in ancient Egyptian records that told of the events at Thera.

It is easy to understand the desire to find archaeological proof of paradise. Who wouldn’t want to be able to visit the remains of paradise on Earth? Today, the Atlantis legend helps bring tourists to Thera by the boatload. Visitors enjoy black sand beaches, archaeological sites, and dramatic volcanic cliffs. And the weary can rest their feet at the Hotel Atlantis.