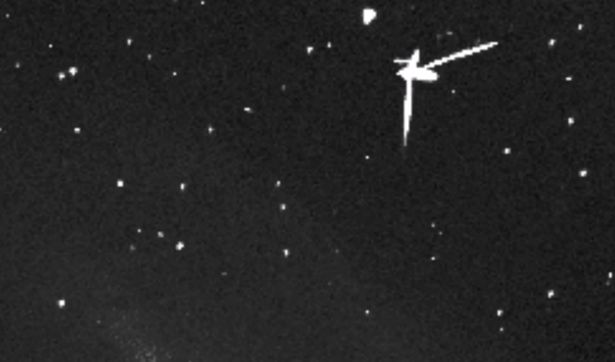 Is it possible aliens have a spaceship orbiting the sun?

Recent claims have been made that cameras on board the Solar and Heliospheric Observatory (SOHO) captured an image of the gigantic spaceship orbiting around the sun.

The image is clear, and and the object is an unidentifiable space object – but what is it?

The combined aerospace organisation refuses to comment on the image – but it is suggesting that it may simply be an irregularity in the image or ‘space rubbish.’

The SOHO satellite, managed by NASA and the European Space Agency (ESA), hovers in the orbit transmitting to Earth real-time data about solar activity in order to enable researchers to predict space weather.

The image appears to show a craft with 4 long solar wings.

Other claims have suggested it could be a secret NASA Project craft, that is being used for monitoirng solar flares.