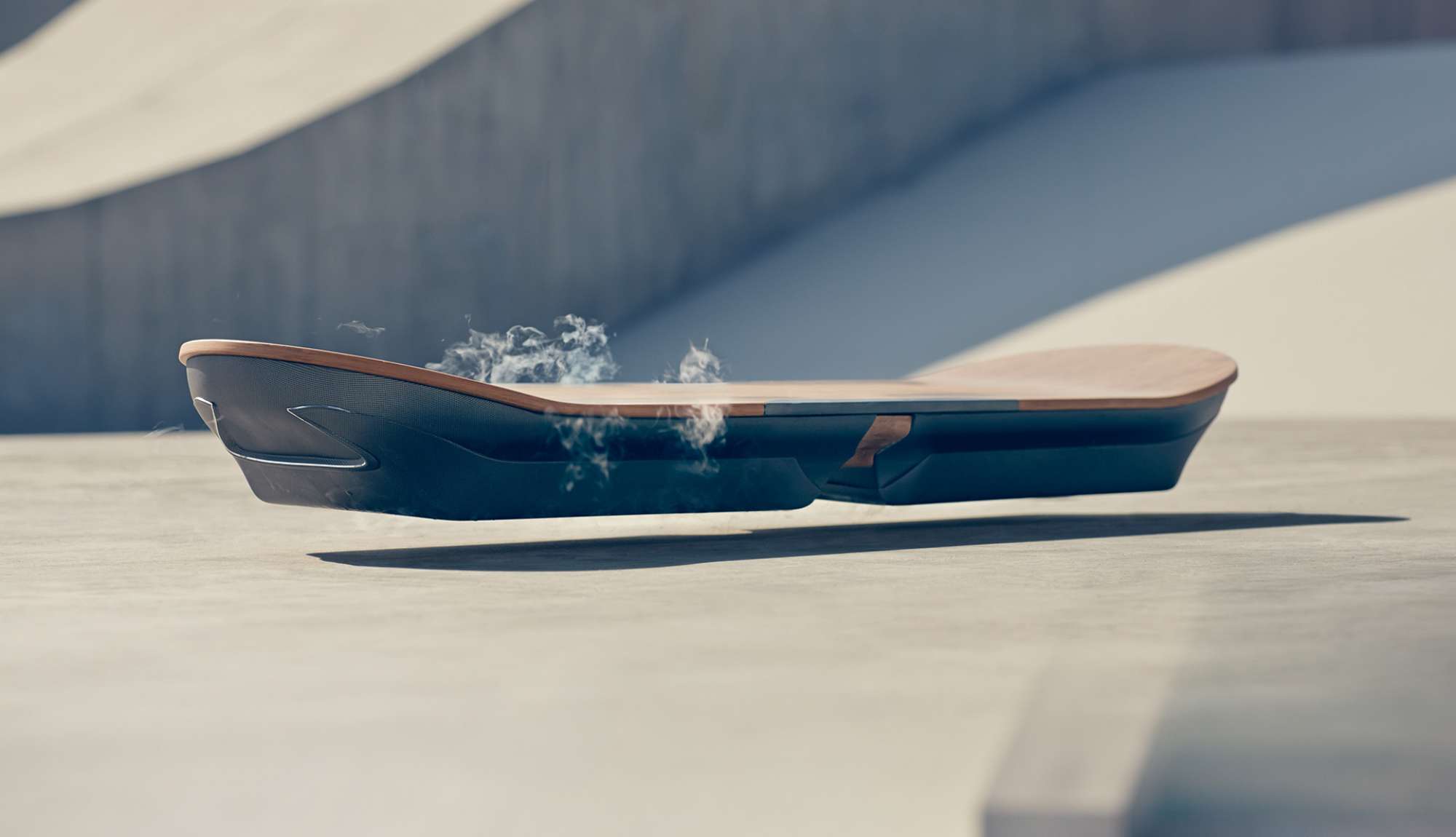 A skateboard is a type of sports equipment used primarily for the activity of skateboarding. It usually consists of a specially designedmaplewood board combined with a polyurethane coating used for making smoother slides and stronger durability.

A skateboard is propelled by pushing with one foot while the other remains on the board, or by pumping one’s legs in structures such as a bowl or half pipe. A skateboard can also be used by simply standing on the deck while on a downward slope and allowing gravity to propel the board and rider. If the rider positions their right foot forward, he/she is said to ride “goofy;” if the rider positions their left foot forward, he/she is said to ride “regular.” If the rider is normally regular but chooses to ride goofy, he/she is said to be riding in “switch,” and vice versa. A skater is typically more comfortable pushing with their back foot; choosing to push with the front foot is commonly referred to as riding “mongo”.

Recently, electric skateboards have also appeared. These no longer require the propelling of the skateboard by means of the feet; rather an electric motor propels the board, fed by an electric battery.

There is no governing body that declares any regulations on what constitutes a skateboard or the parts from which it is assembled. Historically, the skateboard has conformed both to contemporary trends and to the ever-evolving array of stunts performed by riders/users, who require a certain functionality from the board. Of course, the board shape depends largely upon its desired function.Longboards are a type of skateboard with a longer wheelbase and larger, softer wheels.

The board uses liquid nitrogen-cooled superconductors.
Toyota’s luxury car division has revealed that it has been working on its own hovering skateboard.

Efforts to build a working version of Marty McFly’s hoverboard from Back to the Future II have been ramping up in recent months and some of the solutions have been undeniably impressive.

Just last month Canadian inventor Catalin Alexandru Duru made it in to the Guinness Book of Records by covering a distance of 900ft while riding a propeller-based hoverboard over a lake.

Now vehicle manufacturer Lexus has decided to enter the fray with its very own version of the hoverboard which uses liquid nitrogen-cooled superconductors and magnets.

While it isn’t quite ready yet the company is sufficiently confident about its latest creation to release a teaser video for it and to invite interested parties to “follow the journey” on social media.

Whether it will be as functional as the one ridden by Marty McFly however remains to be seen.