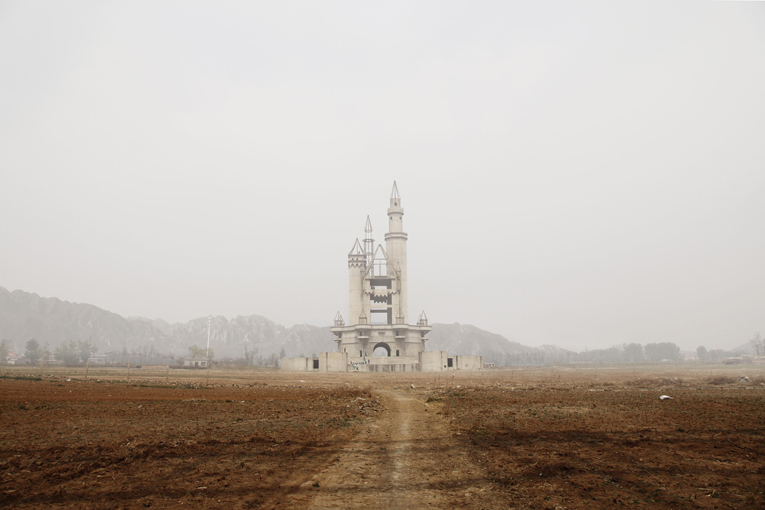 Another Ghost Town, this time its an amusement park in China.  The Disneyesque castle and medieval ramparts of this theme park north of Beijing, conceived nearly 20 years ago, lie abandoned. These pictures show what happens when the amusement runs out!

Now  local farmers grow crops among the empty buildings,  and young teens party in the ruins

In the mid-1990s, developers had promised to build the largest amusement park in Asia, but the project got mothballed over a land rights dispute.

The site does in fact attract visitors, according to locals quoted by Chinese media, but hardly the sort the developers had in mind – they are drawing students, photographers and artists from Beijing, apparently, in search of a “ruin culture”.