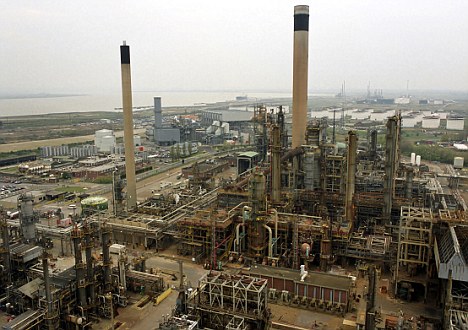 AS RECENTLY as nine months ago, Coryton was a bustling oil refinery. Now it is nothing more than an industrial ghost town.

Only a handful of workers remain at the eerily quiet site, off The Manorway in Stanford-Le-Hope and on Friday Petroplus staff left for good after completing the final stages of a  three-month winding-down process.

One of the very last employers to leave the site, Jon Barden, the Coryton general manager, spoke of a mixture of feelings before leaving the plant for the final time.

He said he was “proud” of his workforce who have remained professional throughout an extremely difficult time but said he was “disappointed” that a different outcome wasn’t reached.

A deal was reached to keep Coryton supplied with oil until May, while administrators PricewaterhouseCooper sought a buyer for the stricken refiney.

More than 800 jobs have been lost though after that search ended with PwC agreeing a deal to turn the refinery into an import terminal.

Mr Barden, 50, from Shefieldm, said: “Everyone has worked together throughout this process. We’re all human beings and human beings can always do things better.