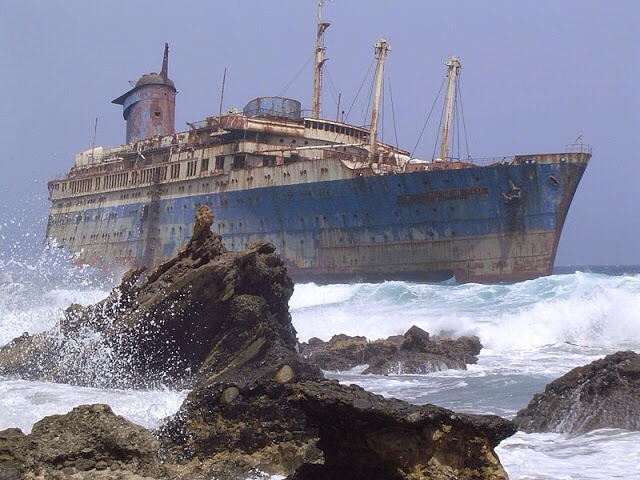 …In february 1993, the ship was sold yet again, with the intention of being refitted to become a five star hotel ship off Phuket, in Thailand. Drydocking at that time revealed that despite the years of neglect, her hull was still in remarkably good condition. In August she was renamed American Star, Her propellers were removed and placed on the deck, the funnel and bridge were painted red, and ladders were welded to starboard. She left Greece on December 22, 1993 under tow, but the tow proved impossible due to the weather. She then returned to Greece for a few days until the weather calmed down. On New Year’s Eve 1993, the American Star left Greece for the last time by Ukrainian tug Neftegaz 67. 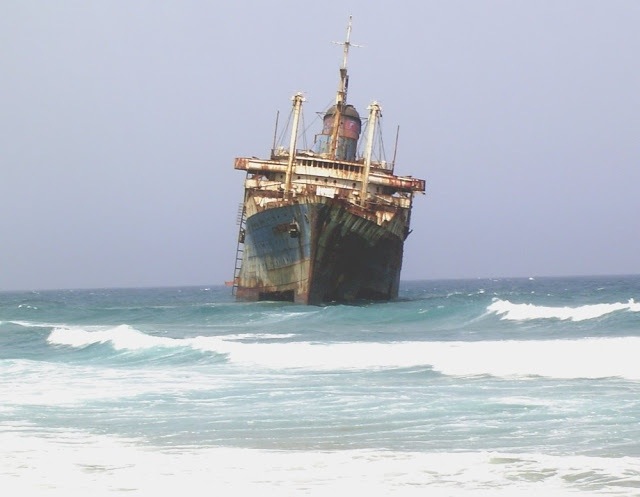 While discussions between the ship’s owners, the towing firm, and the companies insuring the ship were going on, the ship was left to nature, with the forward part of the ship running aground on a sandbar. Within the first 48 hours of pounding surf of the Atlantic, the American Star broke in two just past the second funnel. The ship was declared a total loss on July 6, 1994. The stern section soon collapsed completely to port and sank, while the bow continued to remain intact. 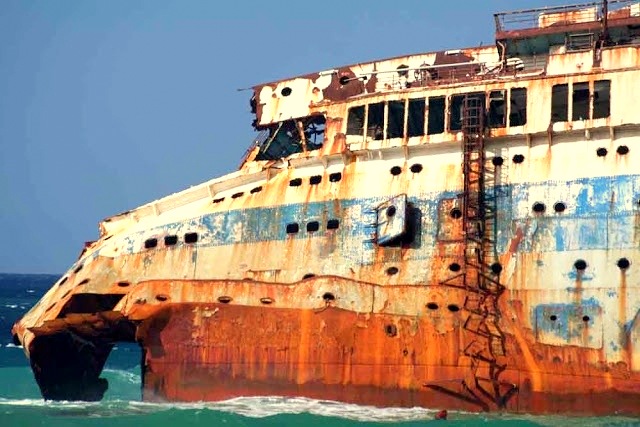