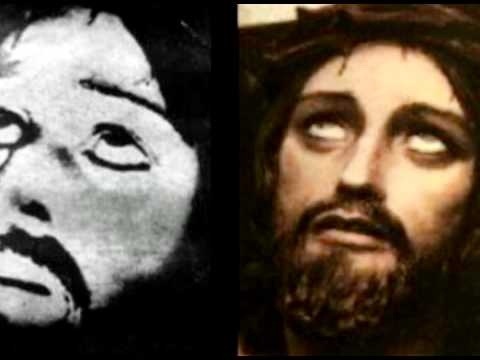 Ernetti is said to have claimed he constructed a time viewer of sorts in the 1950s, as part of a group that supposedly included Nobel Laureate Enrico Fermi. The machine was called Chronovisor, and could allegedly allow seeing and hearing events from the past. According to an explanation by Ernetti, the luminous energy and sound that objects emanate are recorded in their environment, allowing the chronovisor to reconstruct from said energy the images and sounds of a specific set of events from the past.

Ernetti said he had been working with Father Agostino Gemelli at the Catholic University of Milan trying to filter harmonics out of Gregorian chants when they heard the voice of Gemelli’s late father speaking to them on the wire recorder they were using (Gemelli later confirmed this incident). This got Ernetti thinking about what happened to all the sights and sounds humans make. Did they disappear completely or did they continue to exist in some way? Ernetti claimed he then approached some eminent scientists and assembled a team to work on the project leading to the construction of the chronovisor.

A book entitled Father Ernetti’s Chronovisor: The Creation and Disappearance of the World’s First Time Machine, written in German in 1997 by Peter Krassa, explores these claims. The American edition of the book, translated from the German by Miguel Jones and published in 2000, includes an appendix with an alleged “confession” by a relative of Ernetti (who chose to remain anonymous); according to this purported document, on his deathbed Ernetti revealed the real “truth” about the Thyestes and the “portrait” of Christ. The document is purported to be a fraud by Father François Brune of France.

Outside of his entanglement with the chronovisor, Ernetti was an extremely respected, but quiet, intellectual whose speciality was archaic music. He spent most of his life researching and teaching this subject and was the author of such respected books as Words, Music, Rhythm and the multi-volume work General Treatise on Gregorian Chant. As a respected clergyman, academic and author, many doubt that his claims were simply fabricated.

Ernetti wrote the book The Likes and Dislikes of the Devil, a collection of his experiences as an exorcist.