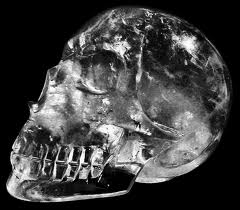 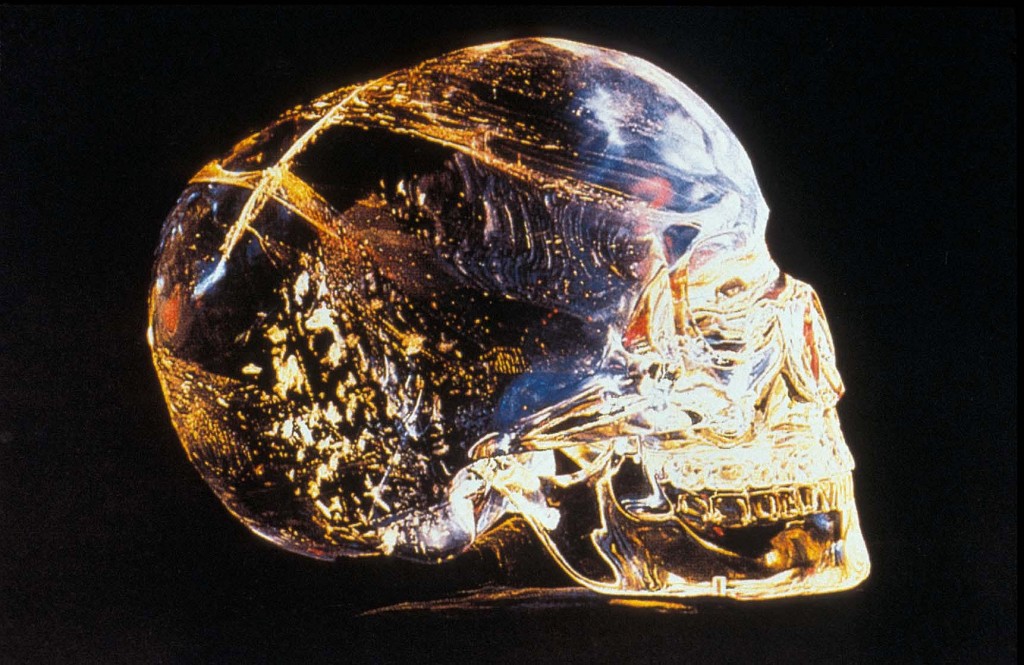 The crystal skulls are a number of human skull hardstone carvings made of clear or milky white quartz, known in art history as “rock crystal”, claimed to be pre-Columbian Mesoamerican artifacts by their alleged finders; however, none of the specimens made available for scientific study have been authenticated as pre-Columbian in origin. The results of these studies demonstrated that those examined were manufactured in the mid-19th century or later, almost certainly in Europe during a time when interest in ancient culture was abundant. Despite some claims presented in an assortment of popularizing literature, legends of crystal skulls with mystical powers do not figure in genuine Mesoamerican or other Native American mythologies and spiritual accounts.

The skulls are often claimed to exhibit paranormal phenomena

Crystal skulls are not uncommon or terribly mysterious. Thousands are produced every year in Brazil, China, and Germany. But there are a handful of these rather macabre objects that have fueled intense interest and controversy among archaeologists, scientists, spiritualists, and museum officials for more than a century.

There are perhaps a dozen of these rare crystal skulls in private and public collections. Some are crystal clear, others of smoky or colored quartz. Some are actual human size and of very fine detail, while others are smaller and less refined. All are believed to originate from Mexico and Central America.

Many believe these skulls were carved thousands or even tens of thousands of years ago by an ancient Mesoamerican civilization. Others think they may be relics from the legendary island of Atlantis or proof that extraterrestrials visited the Aztec sometime before the Spanish conquest.

Stories about the skulls focus heavily on their perceived supernatural powers.

Joshua Shapiro, coauthor of Mysteries of the Crystal Skulls Revealed, on his Web site cites claims of healings and expanded psychic abilities from people who have been in the presence of such skulls.

“We believe the Crystal Skulls are a form of computer which are able to record energy and vibration that occur around them,” he writes. ” The skull will pictorially replay all events or images of the people who have come into contact with them (i.e. they contain the history of our world).”

Most archaeologists and scientists are skeptical, to say the least.

Skulls were prominent in ancient Mesoamerican artwork, particularly among the Aztec, so the connection between these artifacts and these civilizations is apt.

“[I]t was a symbol of regeneration,” says Michael Smith, a professor of anthropology at Arizona State University. “There were several Aztec gods that were represented by skulls, so they were probably invoking these gods. I don’t think they were supposed to have specific powers or anything like that.”

In addition, recent electron microscope analyses of skulls by the British Museum and the Smithsonian Institution revealed markings that could only have been made with modern carving implements. Both museums estimate that their skulls date to sometime in the mid- to late 1800s, a time when public interest in ancient cultures was high and museums were eager for pieces to display.

Its examinations and the fact that no such skull has ever been uncovered at an official archaeological excavation led the British Museum to extrapolate that all of the famed crystal skulls are likely fakes.

There is passion on both sides of the issue, and the fact remains that no one knows for sure who made these skulls and when. And since there is currently no way to accurately determine the age of such inorganic objects, the mystery will likely continue. In fact, it’s sure to get a boost in 2008 with the release of the action-adventure sequel Indiana Jones and the Kingdom of the Crystal Skull.