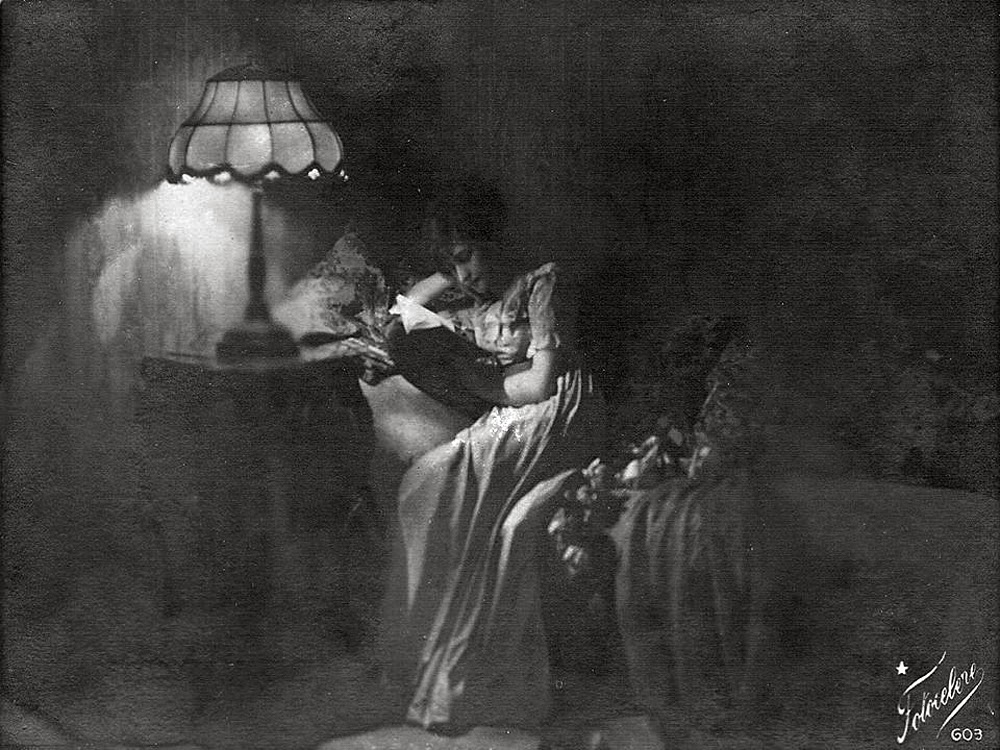 Philadelphian Dorothy Forstein appeared to be happily married, comfortably well-to-do, a loving mother, and well-liked. She was, in short, one of the last people anyone would imagine as a victim of one of the creepiest disappearances in American history. 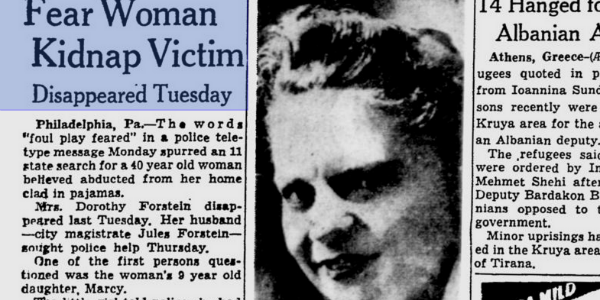 In 1944, Dorothy Forstein had been married for two years to city magistrate Jules Forstein. The couple had three young children: Myrna and Marcy, his offspring from a previous marriage (Jules’ first wife, Molly, died sometime around 1940,) and their new baby, Edward. One evening in that year, Mrs. Forstein dropped her children off at a neighbor’s house so she could do some shopping. By the time she returned home, it was nearly dark. As she entered her house, someone suddenly sprang up and attacked her, beating the helpless woman into unconsciousness. Her fall knocked over the telephone, and when the operator heard strange noises coming from the instrument, she alerted the police.

Mrs. Dorothy Forstein was found with her nose and jaw broken, and a shoulder fractured. She was also suffering from a concussion. After she regained consciousness, all she could say was, “someone jumped out at me.”

Investigators were baffled by the crime. Burglary could not have been the motive, as nothing in the house had been taken. Her husband—the usual prime suspect in such cases—had a cast-iron alibi. She had no known enemies. Jules Forstein could think of no one who could have held enough of a professional grudge against him to attack his wife. The fact remained, however, that someone had enough hatred for this seemingly inoffensive woman to lie in wait and nearly beat her to death. But who?

The assault remained a mystery. Mrs. Dorothy  Forstein recovered physically from her injuries, but her emotional health was never the same again. Quite understandably, Mrs. Dorothy Forstein became fearful, paranoid, and constantly on her guard.

Five years went by, and life for the Forstein family gradually returned to normal. On the night of October 18, 1949, Mr. Forstein was away from home for the evening. The eldest child, nineteen-year-old Myrna, was also absent, visiting friends. Mrs. Forstein and the younger children spent a routine evening at home. Around nine PM, Dorothy Forstein phoned a friend to arrange for the two of them to take a shopping trip the next day. She showed no sign she suspected anything was amiss.

Mr. Forstein returned home about 11:30 PM. He found young Edward and Marcy cowering in an upstairs bedroom. “Mommy’s gone!” they told him. 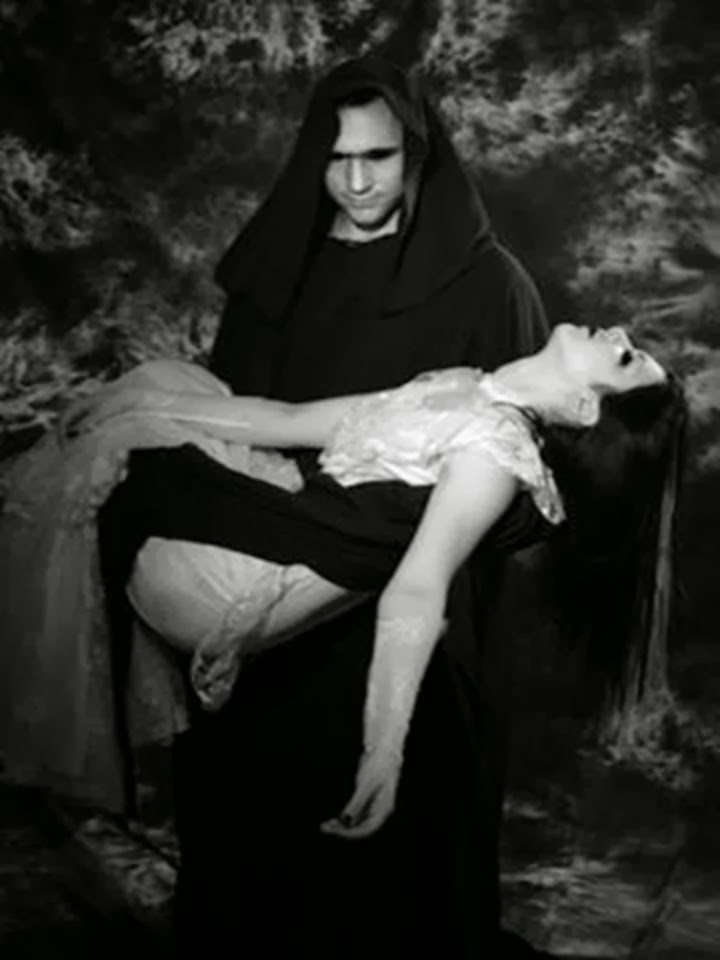 Very curiously, particularly in light of the previous attack on his wife, Jules Forstein waited two days before contacting the police. Officers then made a search all over Philadelphia, without finding any sign of the missing woman. Her purse and keys were still at home. As with the earlier attack, nothing in the house was taken. The front door had still been locked. All we know about her disappearance is the story told by nine-year-old Marcy Forstein. She told police that on the night her mother vanished, she was awakened by the sound of someone entering the house. When she went out in the hall to investigate, she saw a strange man coming upstairs. Her pajama-clad mother was lying face-down on the floor of her bedroom, “resting.” She saw this man pick the dazed or unconscious Dorothy up and carry her downstairs. Marcy asked him, “What are you doing?” He replied, “Go back to sleep, little one, your mother is all right.” He patted Marcy on the head and walked out with Mrs. Dorothy  Forstein’s limp body still slung over his shoulder. About fifteen minutes later, she said, her father returned home.

Police were reluctant to credit the girl’s story—there were no strange fingerprints found anywhere in the house, no sign of forced entry into the securely locked residence, and it seemed impossible that anyone could carry a woman’s body down a busy street unnoticed. And how could Mrs. Dorothy  Forstein have been rendered dazed or unconscious before this stranger entered the house? However, Marcy consistently stuck to this account, and psychiatrists who examined her were convinced she was telling the truth.

As bizarre and incomprehensible as the girl’s story may have been, it is all we have to go on in trying to solve the mystery of Dorothy Forstein’s disappearance. No trace of her has ever been found.