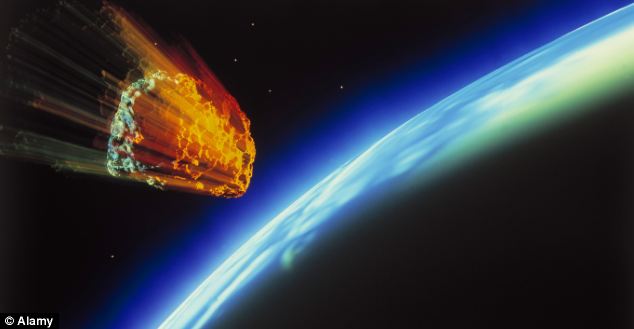 Life existed before Earth, and may have originated outside out solar system, researchers have claimed.

Geneticists have used a theory that usually governs the speed increases of computers – and applied it to life.

The results suggest life first appeared about 10 billion years ago – long before Earth, which is believed to be 4.5 billion years old.

Moore’s Law is the observation that computers increase exponentially in complexity, at a rate of about double the transistors per integrated circuit every two years.

If you apply Moore’s Law to just the last few years’ rate of computational advances and work backwards, you end up in the 1960s, when the first microchip were invented.

Alexei Sharov at the National Institute on Ageing in Baltimore Richard Gordon at the Gulf Specimen Marine Laboratory in Florida,decided to apply this theory to life and see when it began.

The pair argue that it’s possible to measure the complexity of life and the rate at which it has increased from prokaryotes to eukaryotes to more complex creatures such as worms, fish and finally mammals.

‘Linear regression of genetic complexity (on a log scale) extrapolated back to just one base pair suggests the time of the origin of life = 9.7 ± 2.5 billion years ago,’ they say in a paper published in the online journal Arxiv.

The theory backs the idea of panspermia, a theory that proposes that life forms that can survive the effects of space, such as extremophiles, become trapped in debris that is ejected into space after collisions between asteroids and planets that harbour life.

These life-forms may travel dormant for an extended amount of time before colliding randomly with other planets or intermingling with protoplanetary disks.

If met with ideal conditions on a new planet’s surfaces, the bacteria become active and the process of evolution begins, it is believed.