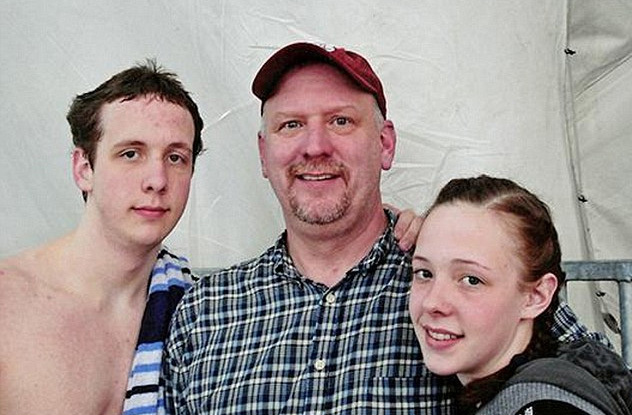 Scott Catt was an Oregon-born widower who struggled with that old demon alcohol and had trouble paying the bills. Forced to move in with his mother, Catt needed some quick cash, so he got an antique pistol and held up a local bank. Thus began an annual tradition. Every year when Catt needed to catch up on bills, he’d drop by a bank and steal a couple thousand dollars.

After robbing five banks, Catt packed his bags and moved to Texas. Soon, his 20-year-old son Hayden and 18-year-old daughter Abby followed their dad to the Lone Star State. It was about this time that Catt considered expanding his illegal operation. He wanted to start a gang, but it’s so hard to find good help these days, so he asked his kids to lend a helping hand. Hayden was easy to convince since he needed money for college. Abby was far more hesitant but caved in to pressure from her dad.

The Catt crew hit their first bank on August 9, 2012. Scott and Hayden, both tall and intimidating, wore painter’s masks and overalls. Abby dropped them off near a Comerica bank in Katy, Texas and parked behind the building. Then her brother and father marched inside carrying Airsoft guns. As they grabbed money inside the vault, Abby kept Scott up to date on how much time was going by.

The Catts scored nearly $70,000 on their first family outing. A few months later, they pulled a second job, only this time, they made a mistake. In preparation, Hayden and Abby scoped out the bank by pretending to be construction workers interested in opening accounts. They were caught on camera wearing orange safety vests. After they robbed the joint, detectives reviewing the security footage thought the vests were too clean to belong to construction workers. They tracked the vests to a local Home Depot, got Scott’s credit card info, and nabbed the family on November 9.

Instead of protesting their innocence, the Catts immediately confessed their guilt. Since Abby was pressured into acting as the getaway driver, she only got five years. Hayden was sentenced to 10 years in prison, which is light compared to Scott’s 24. Hayden and Abby hope to start new lives once they get out of jail, but as for Dad, he’ll be on the inside for a long time.