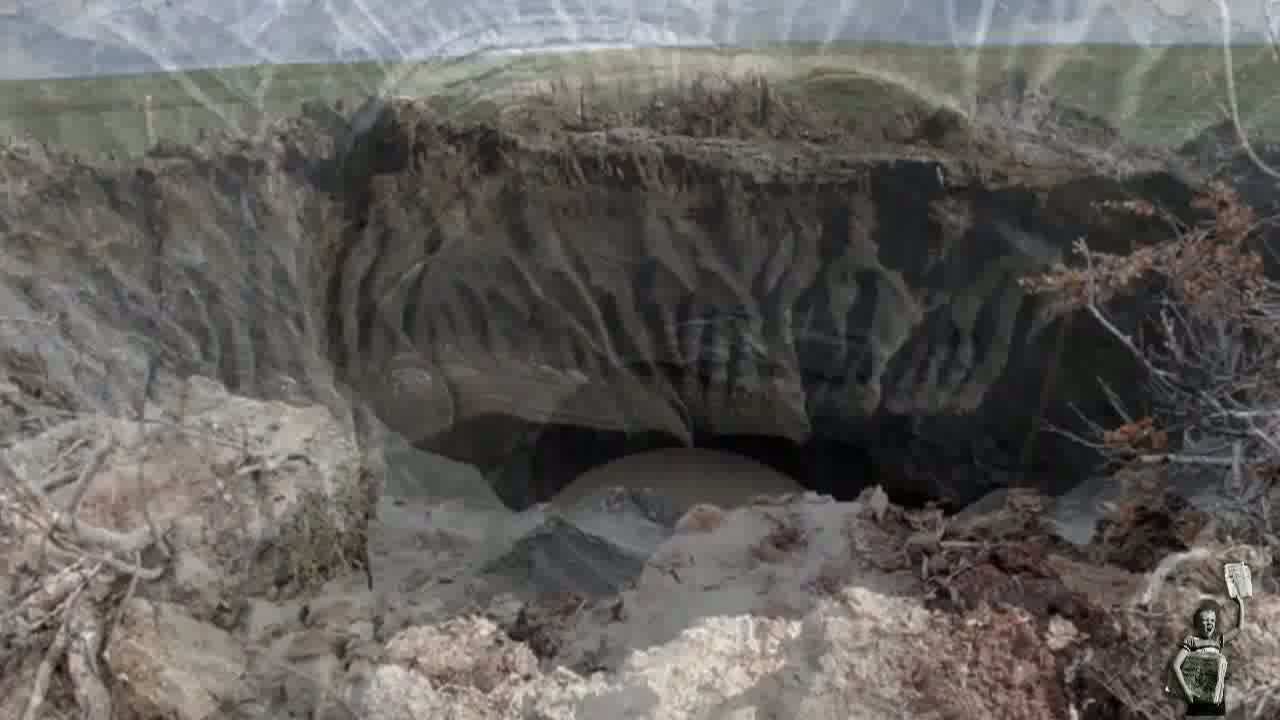 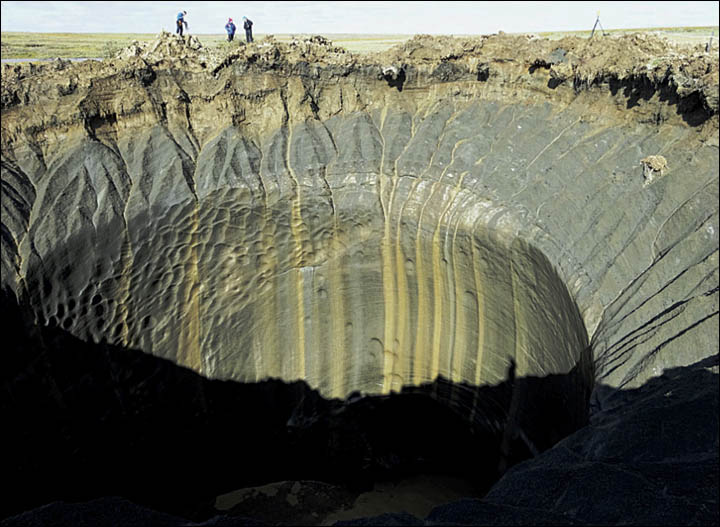 The discovery of several mysterious craters in Siberia earlier this year launched a wave of speculation about their origins. Now, a new report suggests an explanation for the holes, claiming it could also be linked to the mysteries of the Bermuda Triangle.

However, other scientists not involved in the new report say the weird sinkhole mechanism likely doesn’t explain vanishings in the Bermuda Triangle — a place that has never been proven to exist.

In July, Siberian reindeer herders discovered a huge crater on the Yamal Peninsula, which means “end of the world.” Later, two more gaping holes were found, one in the Taz District and one on the Taymyr Peninsula. But while scientists speculated as to the cause of these weird Siberian holes, their origin remained a mystery. 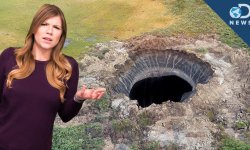 In July, Russian scientists reported in the journal Nature that the explosive release of gases trapped in the permafrost — known as methane hydrates — likely carved out the enormous sinkholes. Air near the crater’s bottom contained unusually high concentrations of methane, they said.

But now, researchers have gone even further, suggesting that methane hydrates could be responsible for the disappearances of ships and aircraft under supposedly mysterious circumstances in theBermuda Triangle, according to The Siberian Times, which cited a report in Science in Siberia, a weekly publication of the Siberian branch of the Russian Academy of Sciences. The Bermuda Triangle is a region some people say exists in the North Atlantic Ocean between Bermuda, Florida and Puerto Rico; many others dispute its existence. [Gallery: Lost in the Bermuda Triangle (Photos)]

But regardless of whether the Bermuda Triangle exists, the idea that methane release could sink ships holds some water, scientists say.

“It is very probable that the similar sinkholes in the ocean were produced [as a result] of decomposing gas hydrates,”said Vladimir Romanovsky, a geophysicist who studies permafrost at the University of Alaska Fairbanks, but who was not involved in the study.

Methane is normally solid under the crushing pressures of the deep sea, but chunks of the icelike substance can break off and form gas bubbles that rise to the surface.

“Gas hydrate is known to exist along the U.S. North Atlantic continental margin, with a very large province on Blake Ridge (north of the Bermuda Triangle),” Benjamin Phrampus, an Earth scientist at Southern Methodist University in Dallas, told Live Science in an email.

In fact, a 2003 study published in the American Journal of Physics found that such bubbles could indeed sink ships, at least in principle. For that study, researchers built a model ship hull and released a large bubble underneath it, filming what happened. If the ship was in the right position above the bubble, the vessel would lose buoyancy and sink, the researchers said.

But even though the phenomenon worked with a model ship, there’s no evidence that it ever actually occurred, Phrampus said. In addition, such large-scale methane releases have not been reported in recent history, when the ship and airplane disappearances supposedly took place within the Bermuda Triangle. The last time the ocean floor was venting gas in that area was after the last ice age, about 20,000 years ago, Phrampus said.

“I personally see it as an interesting theory and nothing more,” he said.

The U.S. Navy does not believe the Bermuda Triangle exists, and the U.S. Board on Geographic Names does not recognize it as an official name. The insurance market Lloyd’s of London determined that no more ships have sunk in that region than in other parts of the ocean, according to the U.S. Geological Survey