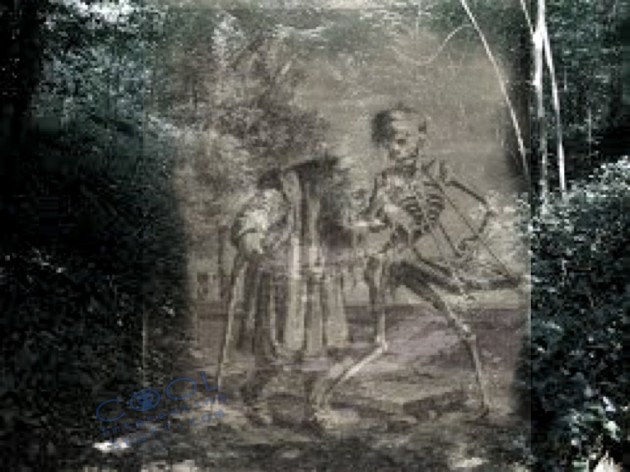 Owen Parfitt was well known to the residents of the English town of Shepton Mallet. In his 70’s and mostly paralysed by illness he lived with his sister Old Susannah. Owen spent his days as an invalid in bed or sitting outside the house.

In 1763 or 1768 Owen suddenly disappeared without a trace. He was left sitting near the doorway in his usual spot with his coat draped across him. His sister and a neighbour went to move him and found him gone the only thing to remain was his coat. Being so invalid it was almost impossible for Owen to move himself, there were plenty of witnesses around at the time and nobody reported seeing anything unusual or seeing where Owen might of gotten to.

A massive search revealed no trace of Old Owen. Local legend has it that the Devil came by and took Owen as payment for his previous life of wickedness. Others claimed that men from Bristol had dropped by to get information from Owen about treasure he might of acquired during his earlier travel when he was a Sailor and supposed Pirate.

In 1813 a local by the name of Thomas Henry Strode unearthed a human skeleton when making some alterations to a road. The skeleton appeared to be that of an old crippled man, which had been thrown into a cavity in a stone wall and covered up, but upon further investigation it was found to be the skeleton of a young woman. Further investigations were carried out in 1814 and 1933 but to no avail, the mystery of Owen Parfitt remains that today.