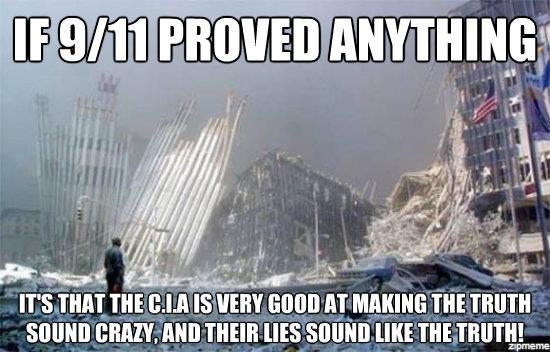 Welcome . . . and congratulations for your willingness to look at the proof about 9-11.

No matter how painful the facts raised by this site may be, we — as patriotic Americans and people of good faith — must look at the evidence for ourselves.

This site is wholly non-partisan, and not intended to criticize or to bolster any political party. The sources cited come from across the political spectrum. The issues raised transcend political differences, and are vital to conservatives, liberals and moderates; they affect your life whether you are a republican, democratic, independent, or non-voter.

Skeptical of theories which are not based on cold, hard facts?  We encourage your skepticism, and applaud you for examining the facts for yourself.  There are many bizarre conspiracy theories floating around about 9/11, which are spread either out of ignorance or for malicious purposes.

This website provides links to credible sources, so that you can easily check the information for yourself (whenever possible, we cite mainstream news sources; at times we cite credible witnesses whose story is only covered by smaller publications).

Just read and click.  And then make up your own mind (if you have any trouble viewing the linked video, audio or printed sources, click here to see instructions.)

(If you are new to the Internet, or you wish to print out this material, click here to see a 1-page version of this website. If you are short on time, you can print the 1-page version and read it at your leisure — all of the information is contained on one page for that very purpose.  Then come back later and click on the links to see the proof for yourself.)

If you get angry, afraid or overwhelmed by the information contained on this website … Keep in mind that millions of Americans have felt these same things when they started to look at the facts, but they hung in there to get the full story. If they did it, you can too.

BACKGROUND:  WHY DOES THIS MATTER?

A variety of current and former high-level officials have recently warned that the current administration is attempting to gain as much power and control over the American public as possible, and is using fear to accomplish that goal.

A former prominent republican U.S. congressman stated that the U.S. is close to becoming a totalitarian society and that the current administration is using fear to try to ensure that this happens.

General Tommy Franks stated that if another terrorist attack occurs in the United States “the Constitution will likely be discarded in favor of a military form of government”.

And Daniel Ellsberg, the famous Pentagon Papers whistleblower, said “if there is another terror attack, “I believe the president will get what he wants”, which will include a dictatorship.

But a government’s attempt to increase power, or capitalize on fear, doesn’t mean that a government would actually turn a blind eye to a known attack or itself carry out a fake terror attack in order to obtain its goals, right?

Well, this has happened before in foreign countries.    For example, it is widely known that the Nazis, in Operation Himmler, faked attacks on their own people and resources which they blamed on the Poles, to justify the invasion of Poland. And it has now been persuasively argued — as shown, for example, in this History Channel video — that Nazis set fire to their own government building and blamed that fire on others (if you have trouble playing the clip, it is because the website hosting the clip requires you to download the clip before playing it).  The fire was the event which justified Hitler’s seizure of power and suspension of liberties.

And in the early 1950s, agents of an Israeli terrorist cell operating in Egypt planted bombs in several buildings, including U.S. diplomatic facilities, then left behind “evidence” implicating the Arabs as the culprits (one of the bombs detonated prematurely, allowing the Egyptians to identify the bombers).  Israel’s Defense Minister was brought down by the scandal, along with the entire Israeli government.  See also this confirmation.

And the Russian KGB apparently conducted a wave of bombings in Russia in order to justify war against Chechnya and put Vladimir Putin into power (see also this short essay and this report).

And the Turkish government has been caught bombing its own and blaming it on a rebel group in order to justify a crackdown on that group.

Indeed, even Muslim governments appear to play this game.  For example, the well-respected former Indonesian president said that the government had a role in the Bali bombings. 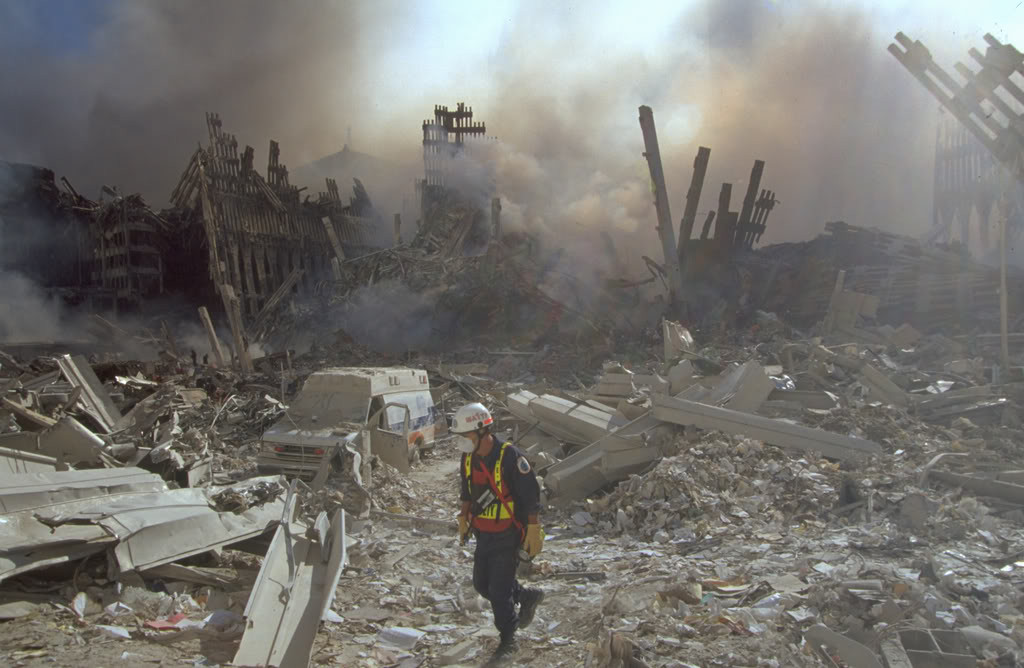 This sounds nuts, right?  You’ve never heard of this “false flag terrorism”, where a government attacks its own people then blames others in order to justify its goals, right?  And you are cynical of the statements discussed above?  Please take a look at these historical quotes:

“This and no other is the root from which a tyrant springs; when he first appears he is a protector.” – Plato

“If Tyranny and Oppression come to this land, it will be in the guise of fighting a foreign enemy.” – U.S. President James Madison

“Terrorism is the best political weapon for nothing drives people harder than a fear of sudden death”. – Adolph Hitler

“Why of course the people don’t want war … But after all it is the leaders of the country who determine the policy, and it is always a simple matter to drag the people along, whether it is a democracy, or a fascist dictatorship, or a parliament, or a communist dictatorship … Voice or no voice, the people can always be brought to the bidding of the leaders. That is easy. All you have to do is to tell them they are being attacked, and denounce the pacifists for lack of patriotism and exposing the country to danger. It works the same in any country.” – Hermann Goering, Nazi leader.

“The easiest way to gain control of a population is to carry out acts of terror. [The public] will clamor for such laws if their personal security is threatened”. – Josef Stalin

It is logical to assume that, even if other countries have carried out false flag operations (especially horrible regimes such as, say, the Nazis or Stalin), the U.S. has never done so.

Well, as documented by the New York Times, Iranians working for the C.I.A. in the 1950’s posed as Communists and staged bombings in Iran in order to turn the country against its democratically-elected president (see also this essay).

And, as confirmed by a former Italian Prime Minister, an Italian judge, and the former head of Italian counterintelligence, NATO, with the help of the Pentagon and CIA, carried out terror bombings in Italy and blamed the communists, in order to rally people’s support for their governments in Europe in their fight against communism.  As one participant in this formerly-secret program stated: “You had to attack civilians, people, women, children, innocent people, unknown people far removed from any political game. The reason was quite simple. They were supposed to force these people, the Italian public, to turn to the state to ask for greater security.”

Moreover, recently declassified documents show that in the 1960’s, the American Joint Chiefs of Staff signed off on a plan to blow up AMERICAN airplanes (using an elaborate plan involving the switching of airplanes), and also to commit terrorist acts on American soil, and then to blame it on the Cubans in order to justify an invasion of Cuba. If you view no other links in this article, please read the following ABC news report; the official documents; and watch this interview with the former Washington Investigative Producer for ABC’s World News Tonight with Peter Jennings. 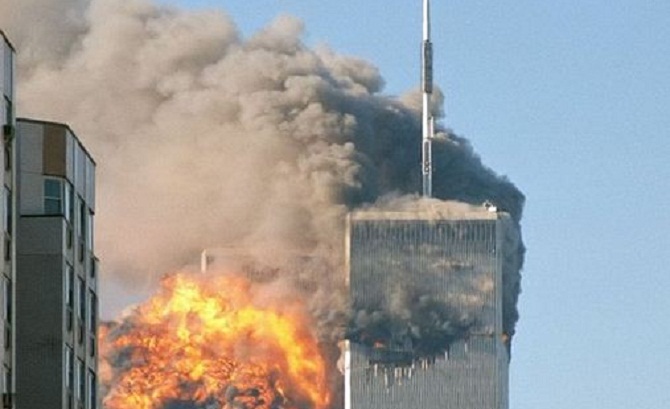 Why Does This Matter?

Even if America has, in the past, considered or undertaken false flag operations, it has never done so in modern times.  Right?   We will consider this question below.

In the meantime, we invite you to read what the following very smart people are saying:

A retired 27-year CIA analyst who prepared and presented Presidential Daily Briefs and served as a high-level analyst for several presidents stated that if there was another major attack in the U.S., it would lead to martial law. He went on to say:

“We have to be careful, if somebody does this kind of provocation, big violent explosions of some kind, we have to not take the word of the masters there in Washington that this was some terrorist event because it could well be a provocation allowing them, or seemingly to allow them to get what they want.”

A former National Security Adviser told the Senate that a terrorist act might be carried out in the U.S. and falsely blamed on Iran to justify war against that nation.

The former assistant secretary of treasury in the Reagan administration, called the “Father of Reaganomics”, who is a former editor and columnist for the Wall Street Journal, Business Week, and Scripps Howard News Service, has said:

“Ask yourself: Would a government that has lied us into two wars and is working to lie us into an attack on Iran shrink from staging “terrorist” attacks in order to remove opposition to its agenda?”

“If the Bush administration wants to continue its wars in the Middle East and to entrench the “unitary executive” at home, it will have to conduct somefalse flag operations that will both frighten and anger the American people and make them accept Bush’s declaration of “national emergency” and the return of the draft. Alternatively, the administration could simply allow any real terrorist plot to proceed without hindrance.”

(see also this even stronger statement).

Similarly, a current Republican Congressman has said “a contrived Gulf of Tonkin-type incident may occur to gain popular support for an attack on Iran”.

The former UN Weapons Inspector, an American, who stated before the Iraq war started that there were no weapons of mass destruction is now saying that he would not rule out staged government terror by the U.S. government.

And a member of the British Parliament stated that “there is a very real danger” that the American government will stage a false flag terror attack in order to justify war against Iran and to gain complete control domestically.