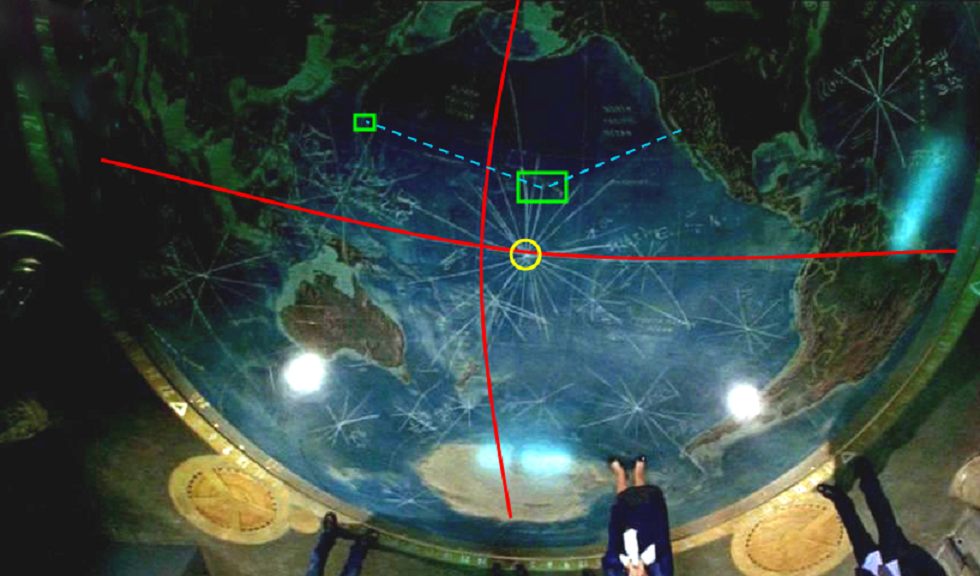 The Bermuda Triangle is an area reputed to cause mysterious electromagnetic anomalies, which according to legend has been responsible for the disappearances of several ships and airplanes throughout history. Although no compelling scientific evidence has ever been found to back up these claims — the legend has more bark than bite — there is another region on Earth that researchers have identified that might be the next closest thing to a real-life Bermuda Triangle, reports Discovery News.

It’s called the equatorial electrojet, a narrow ribbon of current flowing across the equatorial region of the Earth’s ionosphere. Though this stream of electrons and ions has been known for decades, new research has shown that the region is surprisingly sensitive to even mild shock waves in the solar wind.

“Earth’s magnetic field is like an umbrella on a windy day,” said Brett Carter, a space physicist at RMIT University’s SPACE Research Centre in Australia. “As the wind changes the umbrella flops around.”

In other words, Earth’s protective magnetic field has a few soft spots. When solar winds ramp up, large geomagnetic storms can form which have been known to knock out whole power grids. Higher latitudes, where the auroras most often occur, have long been known to be susceptible to these storms. No one suspected that equatorial regions might also be vulnerable, however — until now.

Since researchers have calculated that even smaller space storms can cause the equatorial electrojet to amp up intensely, localized magnetic storms ought to be relatively commonplace. Though these are not doomsday-style events (ships, planes and people aren’t going to suddenly get zapped out of existence, for instance), they are nonetheless probably capable of significantly disrupting power grids in places like Africa, South America and Southeast Asia.

So why haven’t we noticed these anomalies in our power systems before? Well, we probably have, but because no one suspected such disturbances in regions along the equator before, the anomalies probably got chalked up to some other theory. Another reason it may have taken so long to recognize these anomalies is that Western scientists, such as those at NASA, simply don’t have a lot of data from power companies in equatorial regions. They don’t have anyone on the ground taking these kinds of measurements and relating them to activity in the equatorial electrojet.

The findings could have profound consequences for how engineers design super grids here on Earth, such as the proposed European super grid that would connect Europe to north Africa.