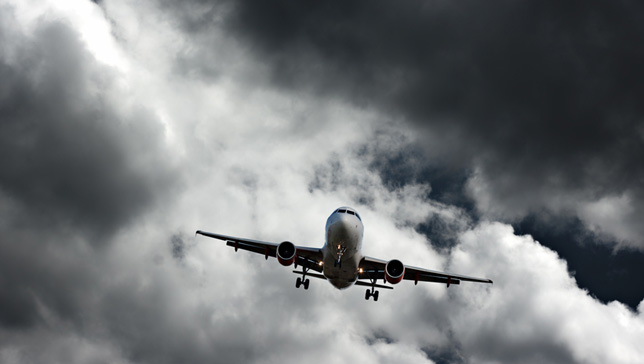 As officials from several countries, and dozens of planes and boats, scour the South China Sea and the Bay of Bengal for the mysteriously missing China-bound Malaysia Airlines Flight MH370 with 239 people aboard, some people are wondering if there might be some connection to the Bermuda Triangle.
It was inevitable that the disappearance would evoke comparisons to the infamous supposed patch of water into which ships and planes are said to vanish without a trace. Several days ago, a Malaysian politician tweeted, “New Bermuda Triangle detected in Vietnam waters, well-equipped sophisticated devices are of no use!” This outraged many people, who deemed his comments insensitive, and he later apologized.
The phrase “Bermuda Triangle” was coined in 1964, but it only became known worldwide a decade later, when Charles Berlitz, whose family created the popular series of language-instruction courses, wrote a book about it. Berlitz believed the legendary lost island subcontinent continent of Atlantis was real and somehow responsible for mysterious disappearances off the coast of Florida. [In Photos: Lost in the Bermuda Triangle]
Over the years, many theories have been offered to explain the mystery. Some writers have expanded upon Berlitz’s ideas about Atlantis, suggesting the mythical city may lie at the bottom of the sea and be using its reputed “crystal energies” to sink ships and planes. Other more fanciful suggestions include time portals and extraterrestrials — including rumors of underwater alien bases. Still others believe the explanation lies in some sort of extremely rare and natural geological or hydrological phenomena.
Others suggest that the Malaysia Airlines plane disappeared over a patch of ocean that is on the exact opposite part of the globe from the Bermuda Triangle — isn’t that a bizarre coincidence? [Flight 370 Mystery: How Can a Jetliner Drop Off the Radar?]
It may seem very mysterious and spooky, until you consult a map or globe and notice the search area is roughly on the opposite side of the world not of the Bermuda Triangle (which is in the North Atlantic), but instead the Caribbean Sea. Skewed geography aside, the truth is, no one knows where the plane disappeared. It might have gone down in the South China Sea — or it might have disappeared off the west coast of Malaysia, or somewhere else. In fact, searchers suspect the plane might not have gone down over ocean at all, but instead in the mountainous jungles of Vietnam, where teams have been dispatched. Since the plane may have been turning shortly after its last radar appearance, the search area is vast.
What Bermuda Triangle?
The biggest problem with linking Flight MH370’s disappearance to the Bermuda Triangle, however, is that the Bermuda Triangle doesn’t actually exist. It was debunked in the 1970s when journalist Larry Kusche researched alleged strange disappearances in the Bermuda Triangle. Kusche exhaustively re-examined the “mysterious disappearances” Berlitz and others wrote about and found the story was basically created by mistakes, mystery mongering and, in some cases, outright fabrication — all being passed along as fact-checked truth.
In his book “The Bermuda Triangle Mystery – Solved” (Prometheus Books, 1972), Kusche noted that few writers on the topic bothered to do any real investigation — they mostly collected and repeated information from other, earlier writers who did the same. In some cases, there’s no record of the ships and planes claimed to have been lost in the aquatic triangular graveyard; they never existed outside of a writer’s imagination. In other cases, the ships and planes were real enough — but Berlitz and others neglected to mention that they “mysteriously disappeared” during bad storms.
It’s also important to note that the area within the Bermuda Triangle is heavily traveled with cruise and cargo ships; logically, just by random chance, more ships will sink there than in less-traveled areas, such as the South Pacific. But the patch of water covered by the “infernal triangle” does not have an unusually high number of mysterious disappearances.
Flight MH370’s disappearance is a genuine mystery for now, but just because it has gone missing doesn’t mean that anything unexplained or supernatural happened to it. The search area is vast and remote, and ocean currents can scatter debris great distances. The fate of Flight 370 is unknown for now, but an explanation could surface any day.
This story was originally written for LiveScience and was republished with permission here. Copyright 2014 LiveScience, a TechMediaNetwork company.