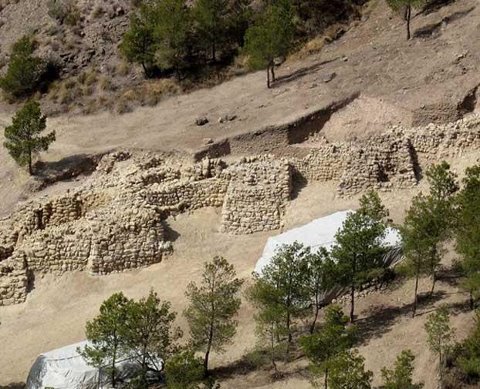 Called La Bastida, the Spanish fortification system stood in the sierras of Totana, in the southeastern Murcia region. It was built with large stones and lime mortar and co
nsisted of 10-foot-thick walls that were once 22 feet high and imposing pyramid-based towers.

So far the archaeologists led by Vicente Lull, professor of prehistory of the Autonomous University of Barcelona , have unearthed six towers along a length of 230 feet, although the full perimeter of the fortification measured about 1,000 feet.